Since its launch in 2003, ChinaJoy has grown into the largest annual digital entertainment and gaming expo in Asia. More truthfully, however, it has become the continent's biggest event for leering at the cute/crazy cosplayers or snapping creepy photos of scantily-clad showgirls. Celebrated stars from ChinaJoys of years past include: "Breast Phone Girl" and "Pseudo Women."
There will be none of this kind of "vulgarity" on display at this summer's event. Pictures uploaded to Weibo show a document reported to have been issued by ChinaJoy organizers that details examples of improper employee behavior and dress, along with the fine amount for each indecent act or costume choice.
Showgirls who show off more than two centimeters of cleavage will be hit with a 5,000 RMB fine. If their pants also happen to hang more than two centimeters below their waist, that's another 5,000 RMB penalty. Then, if they are caught doing any vulgar poses or obscene performances that will cost them a whopping 10,000 RMB.
You can call organizers draconian or puritan, just remember that they are also proponents of gender equality. If a male model gets caught parading around in just his undies, he will be fined 5,000 RMB. Same thing if his pants start below the hip. Evil comes in many forms.
Pictures of previous ChinaJoy gaming expo showgirls: 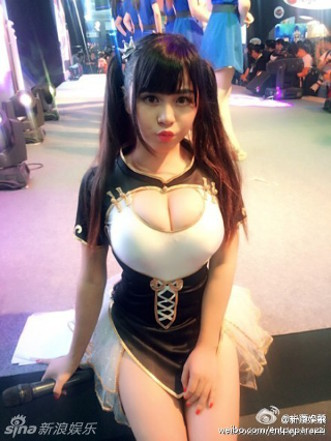 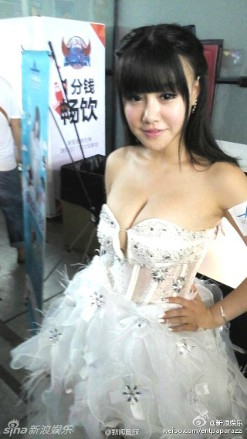 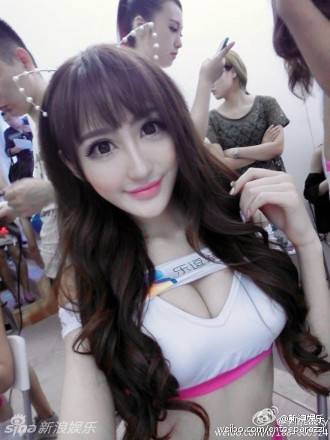 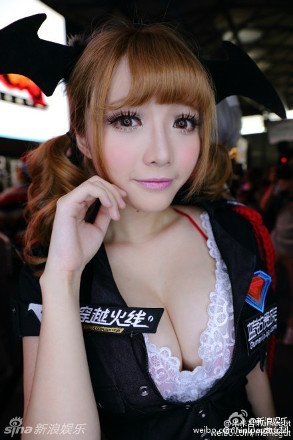