MAN FINED $2,000 FOR DRIVING WHILE DEBTOR CLUNG ONTO HIS WINDSCREEN

A man was fined $2,000 and banned from driving for nine months after he drove to a police post with a friend whom he owed money to clinging onto his windscreen.

As Mr Murali Krishnan Naidu was driving home with his wife and son in tow, his debtor Mr Haresh Govindaraju together with two other friends confronted him over some money he was owed. In order to avoid confrontation, Naidu tried to drive away.

The three man spewed vulgarities at Naidu and his family and Haresh leapt onto the car and held on tot he windscreen. Despite Naidu and his wife’s efforts to persuade Haresh to get off, he refused and threatened to break their heads.

As he was worried for his safety, Naidu decided to drive to the nearest Bukit Batok NPP while Haresh held on to the windscreen. It was only after several police warnings that Haresh got off the car.

Naidu, the manager of a credit company, was fined $2,000 and banned from driving for nine months on Thursday .

Naidu could have been jailed for up to six months and/or fined up to $2,500. 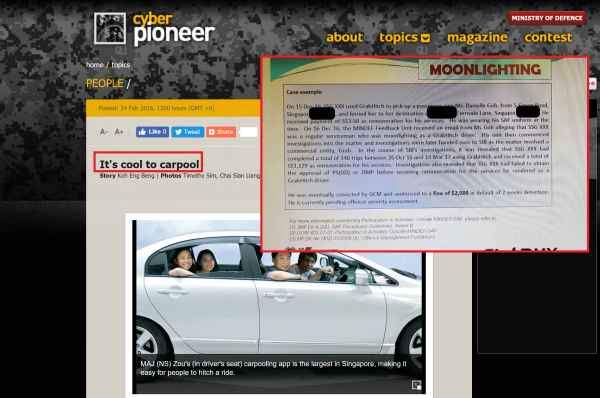