Even after PAP MP Lam Pin Min said he would meet with the relevant agencies about the usage of the Fernvale Point site, he has still given no concrete plans on whether he intends to take residents' feedback for more amenities into consideration instead of building yet another useless condominium.
Residents, sensing that Lam is trying to avoid answering their demands, have continued to demand push their demands for more amenities for Sengkang West, especially in Fernvale.
One resident, Elaine Tan, angrily urged MP Lam Pin Min to empathize with his new residents. She asked him what is the point of moving to Sengkang if the only schools new residents' kids can attend are all outside Sengkang. She also questioned him for an explanation on why the government had built so many new BTOs in Sengkang but did not increase the number of vacancies in the preschools to cater to the new residents' children.
Another resident, John Koh, seemed unaware that Fernvale Point was meant to make way for a residential development right from the start. He said that building a condominium there would just be another project which brings no value in meeting social needs and promoting interaction. He asked if Dr Lam could conduct a poll in Fernvale to decide the usage of the Fernvale Point site.
Do you think Dr Lam Pin Min will involve the residents in the process of negotiating with the relevant agencies for the use of the land parcel? Can he cancel plans for the condominium? 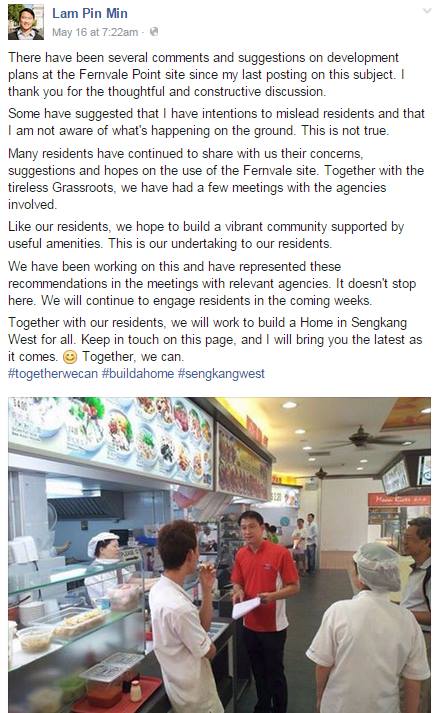 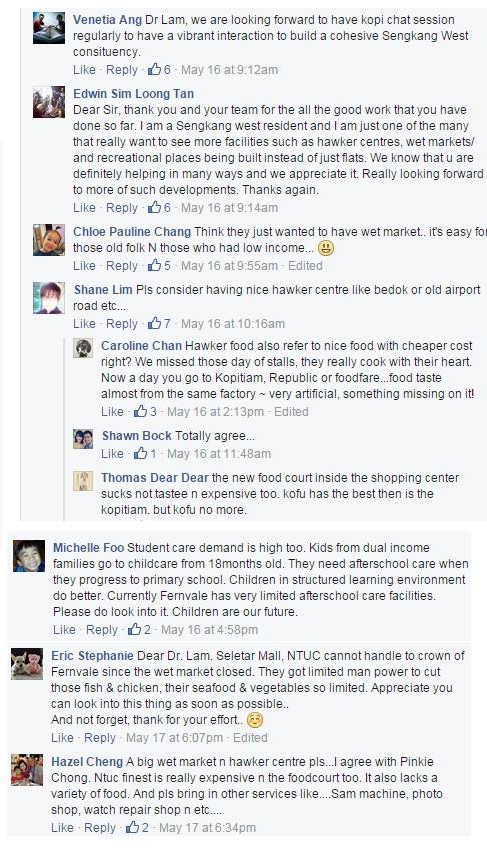 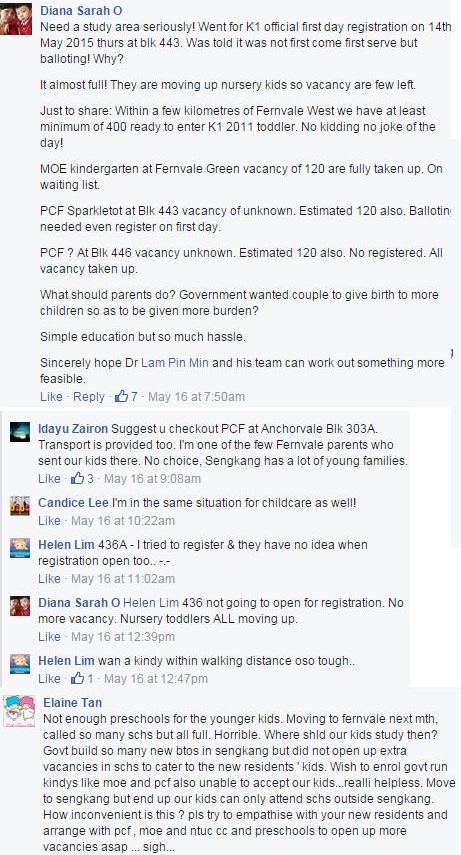