Hi A.S.S.,
I watched the TV dialogue "Let's Think About It" on Channel 5 today, with new manpower minister Tan Chuan Jin in a talk show with private business owners Michelle Saram, Nachiappan R K Sinniah, Liak Teng Lit, Janice Wong and Loh Lik Peng.
As expected, it was a load of bullshit complaints by business owners who basically support the government to open up the labour force to more foreign workers again. Almost everyone of the talk show participants, with the exception of Nachiappan, said that the government should give business owners more room to hire foreigners, which also means they can give less positions to Singaporeans because we are more costly.
Bored with their complaints and the obvious PAP propaganda, I decided to google one of the names of the participants in this show, Loh Lik Peng. I ended up finding this little dirty secret about Mr Loh. It seems he was recently caught by MOM for illegally hiring foreign workers at his restaurant, "Meat Smith".

I have sent the full newspaper article below for you to read and judge for yourself. Now you know the type of person who our PAP ministers like to "talk with" – unscrupulous employers who only love to hire foreigners.
Mr Pua
http://news.asiaone.com/news/singapore/restaurant-under-probe-hiring-illegal-workers 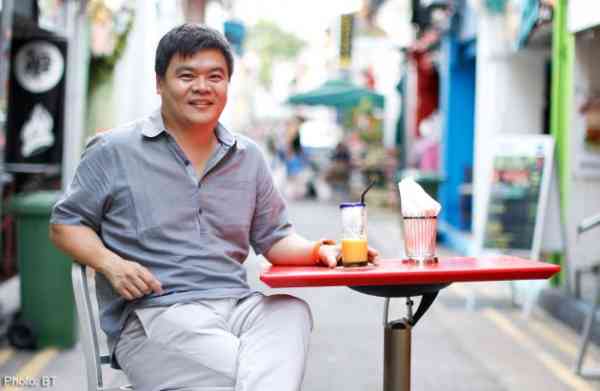 Prominent hotelier and restaurateur Loh Lik Peng's latest venture, Meat Smith, is being investigated by the authorities for hiring foreigners without valid work permits, following a raid by the Ministry of Manpower (MOM).
Three foreigners working at the two-month-old American smokehouse in Telok Ayer Street were arrested.
Responding to queries from The Straits Times, an MOM spokesman confirmed that an inspection was conducted recently, and that "three foreigners were arrested on suspicion of working at Meat Smith without valid work passes".
She added that the ministry is investigating the restaurant "for contraventions under the Employment of Foreign Manpower Act".
First-time offenders found guilty of hiring foreign employees without a valid work pass face a fine of $5,000 to $30,000, or a jail term of up to one year, or both.
Mr Loh, 42, told The Straits Times he was unable to comment as investigations are ongoing, but said this was the first time anything like this had happened in his 13 years in the food and beverage business.
He said: "We've always had rules and there are procedures in place.
The managers are not supposed to hire anyone without going through HR (human resources), but if staff on the ground don't follow procedures, what can you do? We are an organisation of more than 300 people and sometimes there is human error.
"A reminder has been sent out to all our outlets to ensure it doesn't happen again."
The former lawyer is behind lifestyle group Unlisted Collection, which boasts a stable of boutique hotels, restaurants and bars across Singapore, Shanghai and London. Here, he owns or co-owns popular eateries such as Esquina, Pollen, Ember and Bincho.
He added: "We try our best to make sure it doesn't happen but there is no foolproof way to prevent the element of human error. I'm super frustrated about this."
It is business as usual at Meat Smith, with American head chef Andrew Baldus still running the kitchen. It is a sister outlet to popular Australian barbecue restaurant Burnt Ends in Teck Lim Road, which Mr Loh co-owns.
On April 7, the Facebook pages of Meat Smith and Burnt Ends announced shorter operating hours with immediate effect "due to unforeseen circumstances".
A day later, both restaurants announced on Facebook that they were looking to hire staff, and only Singaporeans and Singapore permanent residents need apply.
Mr Loh said: "We were cutting down the number of hours due to the manpower situation in general. It was partly due to, but not directly a result of (the Meat Smith incident). It's just that we're trying to cope with the lack of manpower."
Share

Grace Fu Makes A Fool Of Herself Again: If There’s No Chicken, Eat Eggs!