ELDERCARE INDUSTRY DESPERATE FOR WORKERS BUT PAY STAGNATES AT $1,000

According to the article “The ins and outs” (The Economist, May 16) – “Economists have long recognised that there is an association between inequality and development. Unequal incomes can impair growth if those with low incomes suffer poor health and low productivity as a result.”

As I understand that Singapore’s Gini after government transfers is the lowest in the world – is it any wonder that cumulative productivity growth in the seven years from 2008 to 2014 was only 0.9, or about just 0.13 per year.

After reading the above, I was struck by the Straits Times news report “Sign-on bonuses, paid job-shadowing stints to draw more to eldercare” (May 16), which said “As Singaporeans age, there is growing demand for people to care for them – but not enough people applying for such jobs.

To plug this gap, the Agency for Integrated Care (AIC) will launch a one-year trial of several schemes to draw new faces to the eldercare sector.

These include paid job-shadowing stints, training courses, and sign-on bonuses for support staff.

For example, Singaporeans of any age who want to know what care providers do can sign up for a three-day “discovery programme”.

During this time, they will be attached to a care provider – such as a nursing home or senior activity centre – and paid an allowance of $120 upon completing the stint.

Those seeking a more in-depth experience can opt for a five-week skills upgrading course involving 40 hours of lessons and 160 hours of on-the-job training.

At the end of it, participants will be qualified to work as healthcare assistants who help nurses care for elderly patients.

No amount of initiatives will be able to attract more people to work in this sector which has been talking about the crucial shortage of workers for years, as long as the pay is as low as $1,000 a month.

Why don’t we acknowledge this fundamental issue and address it?

As to the Straits Times news report “Values of inclusiveness, unity will keep S’pore going: PM Lee” (May 16), which said “called on its people to reflect on the values of unity and inclusiveness that have brought the country this far and will keep it going … inclusiveness involves the strong and the better off stepping forward to help the weak and less fortunate, “so that all enjoy the fruits of progress” – isn’t “inclusiveness” about paying at least a decent wage to Singaporeans, when we are ranked as the richest country in the world according to an IMF study and the most expensive city in the world according to a study by The Economist? 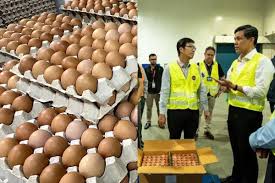