This hardcore PAP supporter, Seetoh Kok Yew who works as a division director at real estate firm Dennis Wee Group, had boasted online about getting away with not paying his S&CC bills to AHPETC. He had once said on FAP page that he should not pay AHPETC since he did not vote for WP.

He even said that if PAP won back Aljunied, he wouldn't mind going bankrupt for them. 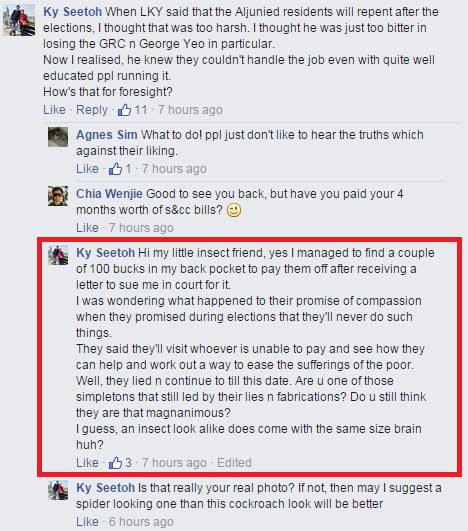 Now he has finally paid his outstanding S&CC bills to AHPETC after receiving a lawyer's letter from them, threatening to sue him if he did not.

Seetoh grumbled on the FAP page, asking how could WP do that since they had promised to show compassion at the last election. He asked why WP did not visit him to help him work out a way to ease his suffering.

Do you think he deserved it?

To read more, go to: