See this forum thread: http://bbs.huasing.net/sForum/bbs.php?B=107_13111268
In that forum, there is a PRC SM2 scholar who is boasting that his family in America can get him a US citizenship easily and asked whether he should break his bond to go to America to pursue his PhD! I have attached a picture of his "confession" with translations done by myself.
He has no shame! He does not care that the money for his scholarship comes from many Singaporeans whose hard earned blood and sweat money could have been better used to benefit their own families. To him. this money is probably just free money from the Singapore government that he can use as a stepping stone to America.
Thankfully there is another foreign scholar who reported this SM2 scholar to MOE. But up until now, MOE has not replied to us. 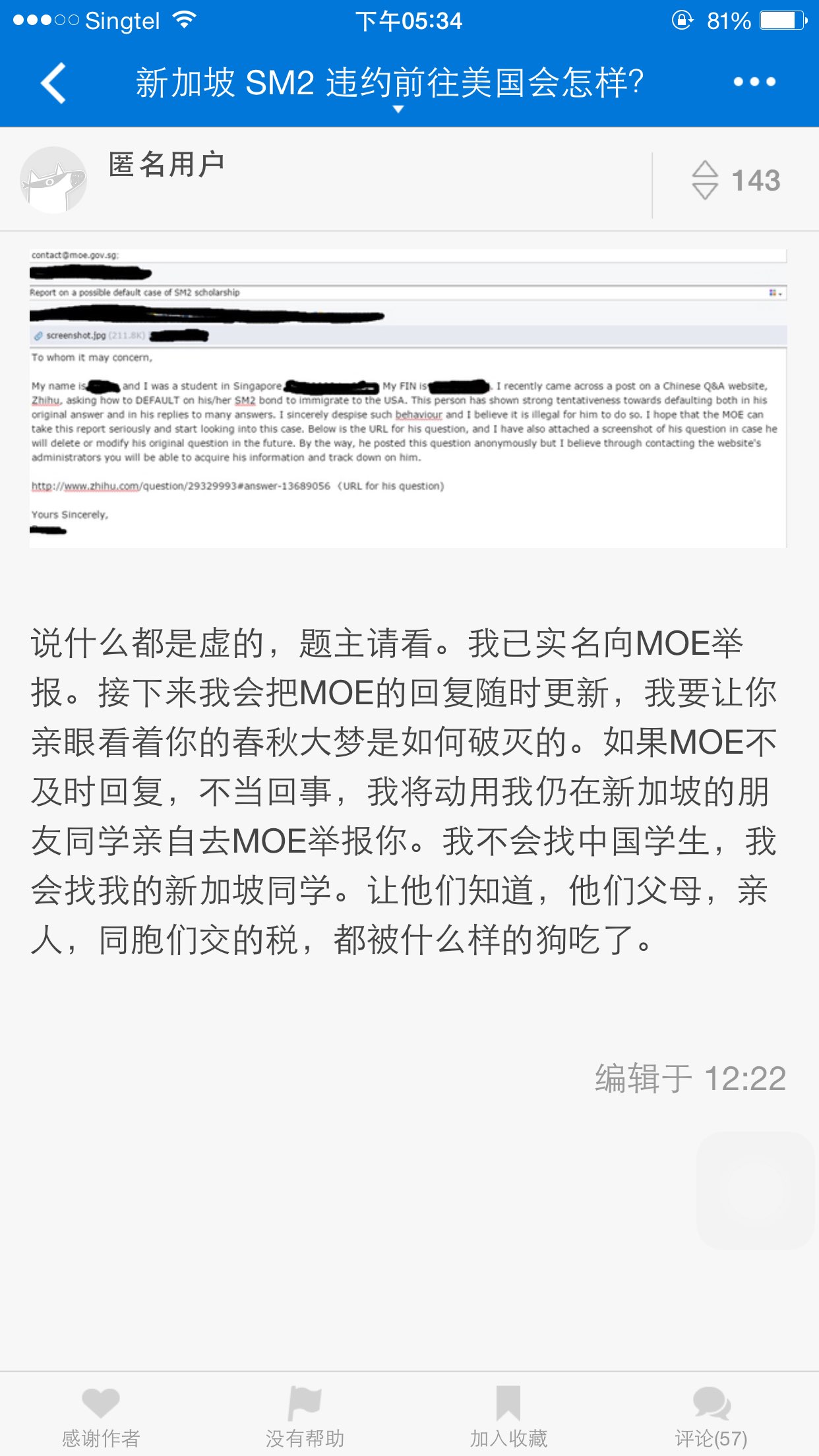 I think MOE is just trying to cover up for itself and is just trying to avoid the topic at all costs. MOE does not want Singaporeans to know that it is wasting public tax payers money on PRC scholars with no integrity. It also doesn't want the public to scrutinize its scholarships so that it can grant these scholarships more freely to foreigners without being interfered with.
This has to end now! Stop giving out free money to lying PRC bastards! Stop wasting our tax money on foreigners! Start sponsoring our locals and build our own talents instead!
Admin, please help us spread the word and pressure MOE to follow up on this case and stop sponsoring useless PRC bastards!
Mr Wong
Share