BERTHA HENSON: MDA’S MOVE AGAINST TRS IS A LEGAL MESS

I was a little puzzled by the Media Development Authority’s order to The Real Singapore to shut down. Not that I would miss TRS. I am puzzled at the way the law and media regulations look like a badly sewn patchwork.

The kindest thing I can say about the G’s move is that it is still wondering how to handle the wacky online world.

So the MDA couldn’t do a thing about TRS in the past because it based its operations abroad. That means it didn’t come under the ambit of the Broadcasting Act. Until December that is, when Yang Kaiheng, a Singaporean, and his Australian fiancé, Ai Takagi, started “running their operation from Singapore’’, said the MDA.

I wonder if running an operation FROM Singapore is the same as running operation IN Singapore because I gather that the couple were nabbed while on a trip here from Australia in February.

So, they weren’t based here but the servers were? Administration? What?

In any case, a couple of months passed…before the cops, not the MDA, acted. Why didn’t the media regulations kick in first (in December?) if the MDA is so keen to protect the reading/viewing public? Instead, it gets into the act after the couple got the book thrown at them.

I can’t help but wonder if somebody made some mistake here… Did someone think that TRS would automatically shut down or suspend itself after the couple got charged? And when it didn’t and continued to have those allegedly seditious posts accessible online and operated business-as-usual, that someone realized that TRS wasn’t going to play ball? Or were the criminal charges levelled simply so as to keep the couple in Singapore? (By the way, Yang has been allowed to leave Singapore to attend to his sick father.)

I am not going to say more about this because the case is before the courts. And that is what makes the MDA move even more puzzling. By ordering a shutdown, hasn’t it prejudiced the sedition case against the couple? Or is it going to split hairs and say that it was not referring to the seven charges which refer to specific posts when it made the order – but on other matters posted on TRS?

There are too many questions surrounding this issue which I am sure is being watched by anyone who has a website.

In its statement, MDA said TRS published “prohibited material as defined by the Code to be objectionable on the grounds of public interest, public order and national harmony.’’ I looked at the Code on what was considered “prohibited material’’ and I guess it would be this one:
(g) whether the material glorifies, incites or endorses ethnic, racial or religious hatred, strife or intolerance.

It also said that “TRS has deliberately fabricated articles and falsely attributed them to innocent parties. TRS has also inserted falsehoods in articles that were either plagiarised from local news sources or sent in by contributors so as to make the articles more inflammatory.’’

You know, I didn’t know the MDA also policed a site’s errors and plagiarism…But I suppose if a site does so with the intention of inflaming passions and increases eyeballs while raising eyebrows, then there’s a reason for its intervention.

The statement goes on about how “at least two out of TRS’s three known editors are believed to be foreigners – Takagi is Australian, while another editor Melanie Tan is believed to be Malaysian’’. “The foreign editors were responsible for several articles that sought to incite anti-foreigner sentiments in Singapore.’’

Hmm…Is the problem one of having foreign editors? Is this something all websites must guard against? Or is this about foreigners trying to incite anti-foreigner sentiments here? How does the MDA know that the foreign editors were responsible when it is so tentative about how many editors the site has in total and even the nationality of the third?

The landscape is way too complicated.

Even though all websites come under the statutory class licence requirement in the Broadcasting Act, the MDA decided two years ago that some big sites which report on Singapore to Singaporeans should be licensed with a $50,000 bond. If TRS was based in Singapore, maybe this licensing route would suffice to keep it in line given its 1.2 million unique visitors a month.

Then the MDA also decided that some websites, never mind how fledgling, should register once they decide to go commercial (I declare my interest here as the former editor of Breakfast Network), I thought, ah, maybe TRS would be cornered here, given that it charges six figures in ad space a month. Then again, no, because, I think, it didn’t have a Singapore-based company.

It’s a bit ironic that it was the good ole Class Licence requirement that was held against it after all the fuss made about earlier tweaks in regulations.

Some people have said that the unprecedented application of the Class Licence requirement reflected the “light touch’’ of the G. In other words, it waited till “now’’ to actually use it. But they forgot to say that the Sedition Act charges came first.

We need a lot of clarification here…but how to ask/answer questions when the court is involved? The court action and the MDA move are not separate issues – or are they?

Where oh where is that promised review of the Broadcasting Act?

Bertha Henson was a journalist with the Singapore Press Holdings stable of newspapers for 26 years until May 2012. Her last designation was Associate Editor of The Straits Times. She is now Journalist-in-residence at Tembusu College, University Town in the National University of Singapore. She runs a media consultancy, Newsmakers, and helms a blog, Bertha Harian. The views expressed are her own.

GE2020: Police Report Made Against Man Who Reported WP Candidate Raeesah Khan To The Police 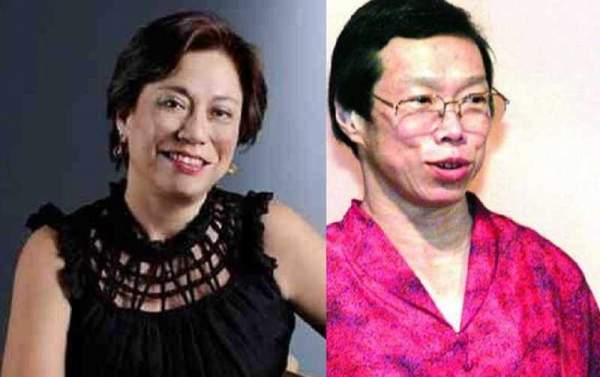