SIA, PLEASE CHECK THE QUALIFICATIONS OF ALL YOUR FT PILOTS

I am a concerned citizen who read news that some Indian pilots used fake flying licenses to fly for Indian Airlines. According to news reports, 14 pilots were barred from flying recently and the Indian government is set to arrest even more pilots with fake qualifications.

I hope you do not blame me for speaking the truth, but many loyal supporters of your airline like myself are worried.

We fear for our safety now, especially in the wake of all these fake degree and fake license scams. If so many foreign "talents" are able to deceive the HR departments of reputable companies like IDA and financial banks like Standard Chartered, is it possible for your company to be immune to such fake flying licenses?

I remember in 2011, SIA was actively recruiting pilots from India. If you recall, this was the advertisement that you used to hire Indian pilots to become pilots under your wing. 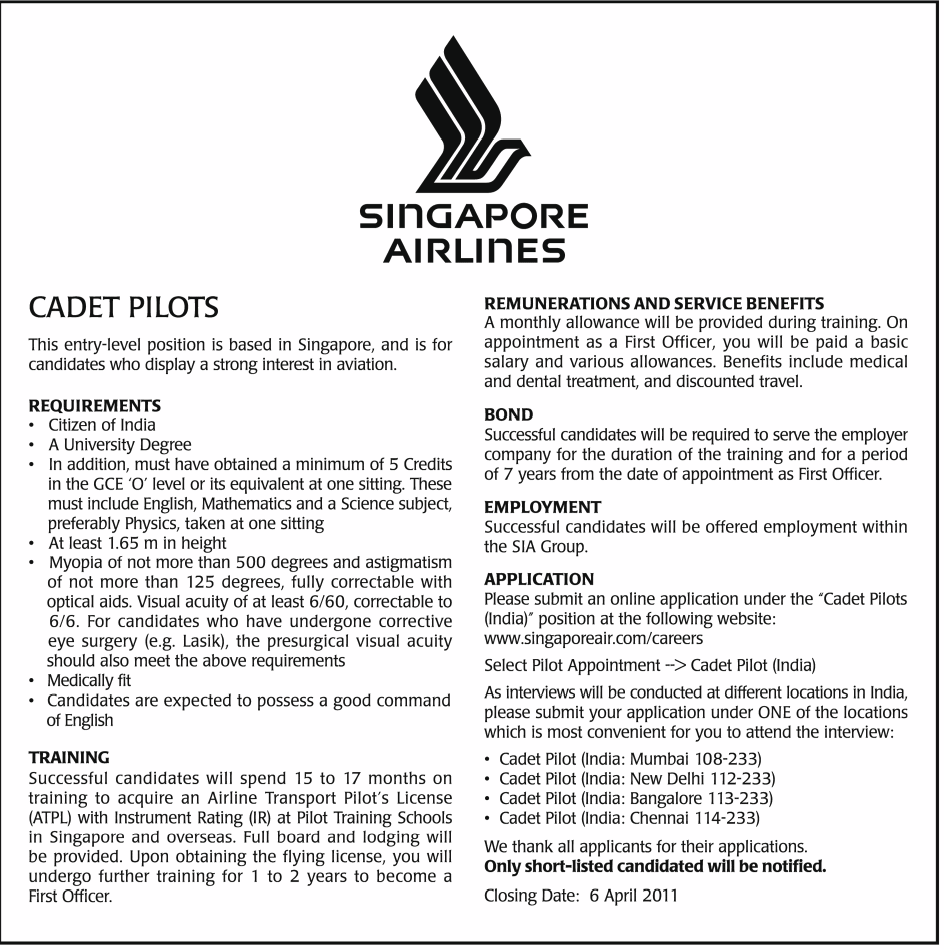 I would like to know: How stringent are your checks on the qualifications of your foreign pilots? How often do you re-test and re-certify them? What are the flight schools which are accepted in your company (for those who possess previous flight training)?

I hope you can make this information public for the sake of the safety of your passengers.

Editor's Note: This email was sent to SIA by a reader. SIA has not given a response.