GOVT MUST INVESTIGATE ALL HUMAN RESOURCE MANAGERS IN THE PUBLIC SERVICE

I am very disappointed with IDA and Ministry of Manpower’s lack of updates in the recent spate of fake degree cases.

Firstly, it looks like there are public servants in statutory boards who possess fake educational qualifications. Unless IDA can come out with a statement to refute this, Singaporeans will continue to assume that IDA allows foreigners with dubious characters to represent the organisation.

Secondly, Singaporeans need to question public organisations on their hiring policy. It is clear to Singaporeans that IDA allows foreigners with dubious tertiary educational qualifications to work in the organisation. Are these foreign educational institutions any better than Singapore’s very own? In fact, it is well-known that Singapore public service generally do not welcome private school graduates. For instance, graduates from private institutions such as SIM are usually placed in the diploma scheme of service which translate to lower career prospects and lower remunerations. But as many Singaporeans can see now, foreigners with fake degrees are given the title of “Consultant” with $60,000 or more annual pay package.

Thirdly, although Singaporeans are concerned about foreigners with fake qualifications accessing sensitive government documents, I wish to highlight that Singaporeans must be more wary of human resource personnel in public organisations who may knowingly assist these foreigners with fake certifications to gain employment in the public sector! Singaporeans must not forget it is the duty of the human resource officers to vet the applicants and ensure their suitability for employment. If lay Singaporeans are able to detect fake degrees, why can’t HR officers in public sector able to do the same? I question the integrity of these HR officers.

According to section 6(1) of the Singapore Official Secrets Act:

Clearly, if public officers are found to use fake degrees to gain employment successfully, the human resource officers invoved in the hiring must be investigated under OSA to ensure they did not wilfully use their position to assist dubious foreigners to gain access to sensitive information.

Is it just me or I am beginning to feel that our Singapore government is a joke these days. True blue Singaporeans are not given priority in jobs in the public service while foreigners with dubious qualifications can easily gain employment with salary paid for by taxpayers.

I hope Lee Hsien Loong’s son Li Hongyi who is currently working in IDA as consultant can one day barge into his father’s office to demand an investigation into the perceived phenomenon of foreigners holding fake degree holders working in public organisations. For once, kinship helps. 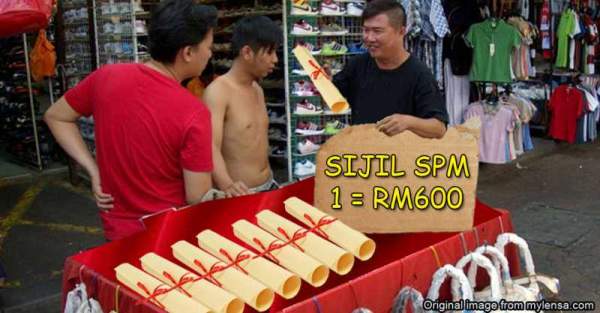