On her way home the other day, popular TV news anchor Chiaki Matsuzawa stopped by the store to pick up a snack when she noticed what exactly it was she ended up with. She posted a photo of it on her Twitter, writing:
“On my way home I somehow managed to end up with this… What a terrible naming job.” 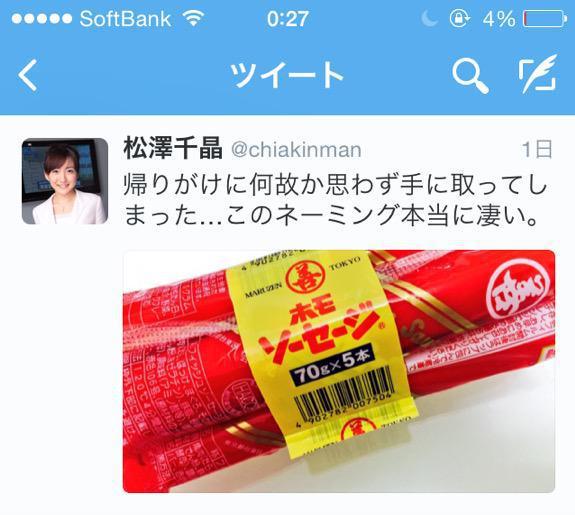 Written in red katakana characters on the yellow label wrapped around this long and slender snack are the words “Homo Sausage”.
Wasting no time whatsoever, another announcer, Kenta Suzuki, decided to chime in:
“I eat it sometimes…”

Hilarity ensues:
(Matsuzawa) “How do you feel eating it?”
(Suzuki) “Sinful, I suppose…”
(Matsuzawa) “Omg… You think like that with that stuff in your mouth…? So creepy…” 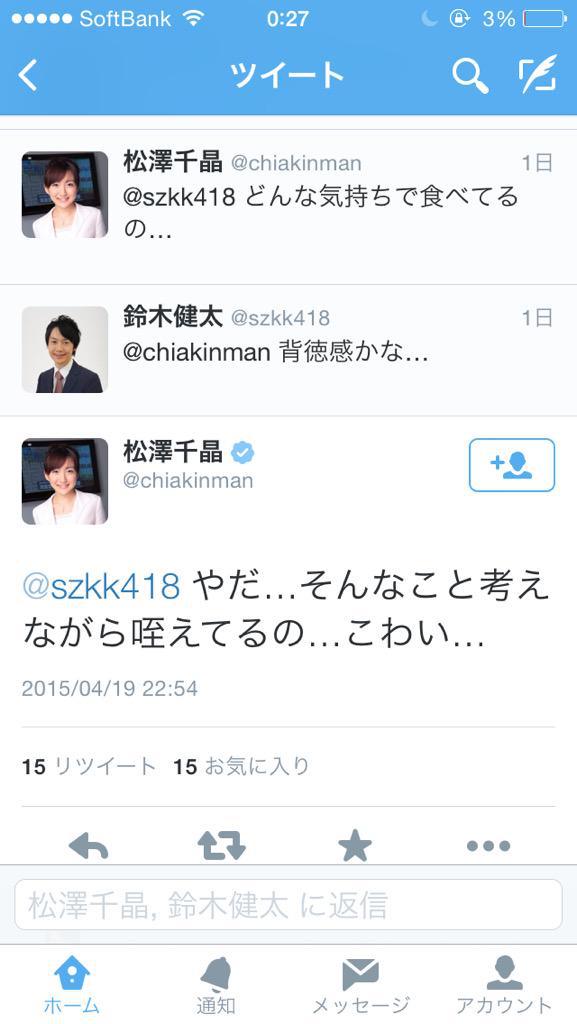 Just in case you didn't know, in this case “homo” in Homo Sausage is short for “homogenized”, and you can also find milk labeled in the same fashion.
Share