Four koalas heading overseas to a new life in Singapore have been given a taste of the finer things courtesy of Australia's national airline.

The cuddly marsupials are being gifted to Singapore Zoo to celebrate the 50th anniversary of the country's independence.
However, just to make sure they don't leave with any bad memories of their native land, Qantas gave the animals a look at their first-class facilities – complete with top-shelf eucalyptus.
Photos posted on the airline's Facebook page show the koalas enjoying themselves in the lap of luxury.
One is munching on a bunch of fresh gum leaves presented by an attendant, while another appears baffled by the offer of a hot towel.
A third photo shows one of the koalas appearing unimpressed by a can of lemonade – but no doubt the little passenger enjoyed the extra leg room.
Unfortunately for the little travelers, the first class upgrade was only temporary. When they make their long-haul journey to Singapore today they will be transported in the plane’s cargo hold. 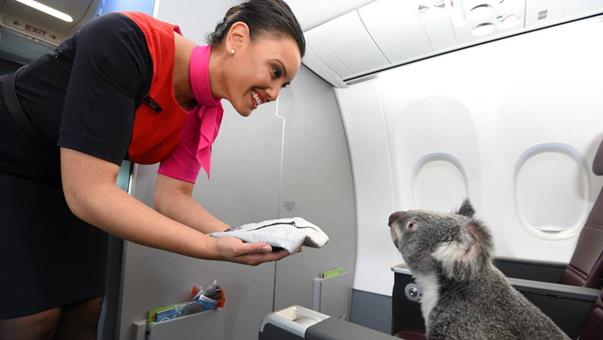 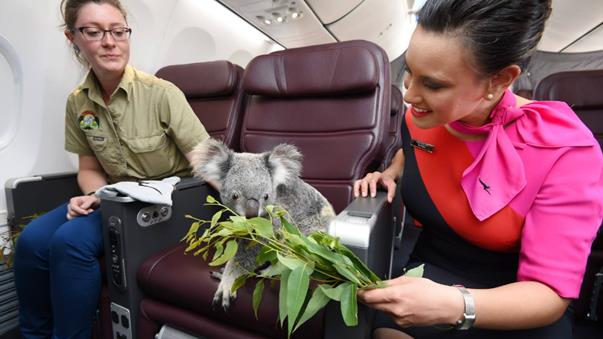 We’re Quick to Tighten Borders with Australia But Why Can’t We Do the Same with South Asia?

NSF WHO DIED IN AUSTRALIA TO BE GIVEN MILITARY FUNERAL, PLATOON MATES BACK TO PAY RESPECTS