This relates to Booking References that I paid for:- R7S8VJ (myself) and U2HVWL (girlfriend)

Scoot is the cheap arm of Singapore Airlines. The first time when I flew with Scoot return from Sydney to Bangkokyears ago, they were better than many fully commercial airlines for a very cheap price. The service was good and the seats were comfortable. Since then I have paid for at least 16 trips for me and other people.

Gradually Scoot have added on more costs, crammed in more seats, become less caring about their passengers and done many other bad things, including senior airline staff telling lies and customer service ignoring my emails and phone calls.

These days most Scoot fights have something wrong with a service you paid extra for. If you’re lucky, Scoot may apologise but they will not give refunds or credit as compensation for what they do wrong to customers. If a customer has an illness or tragedy, Scoot have no compassion and will force you to purchase a new fare and will not let you change to another flight or issue a refund or credit.

Flights from Bangkok to Sydney stop at Singapore at midnight for 2 hours where you change flights. Scoot have something called ‘Scoothru’ where you pay extra to have your luggage transferred automatically and you do not have to check in again. You can just relax at Singapore Airport and do some duty free shopping. Without ‘Scoothru’ you have go through Immigration, get your luggage, check in once more and then go through Immigration again. This takes about 2 hours, maybe more. The first time I used ‘Scoothru’ it was brilliant. They gave me both boarding passes at Bangkok and everything went smoothly. I just relaxed at Changi Airport, Singapore.

Recently, Scoot have moved from the main Bangkok International Airport, Suvarnabhumi Airport, which is beautiful, modern, great shopping and assessable via the fast and cheap Skytrain system.
Scoot are now in the older Don Mueang Airport which is mostly a domestic airport (it is much cheaper and saves cost or increases profits for Scoot). It is much more difficult and expensive to get to (usually by taxi), the shopping and facilities are inferior.

On 26 February 2015 my trip from Bangkok to Sydney was a disaster:

The taxi to the new airport location was twice the price as usual; costing me 800 Baht.

Scoot were more difficult to find in the new airport because they now share check in counters with Nok Air Thailand and the signage is not clear.

The airport staff seized 2 power-banks for my IT worth more than $200 because their power ratings exceeded the (unadvertised) limit. There was no pre check in warning or sign where I could have put them in my check in luggage and not have them seized.

The flight from Bangkok to Singapore was atrocious! Staff often failed to respond to service calls and stood around chatting at the rear of the plane instead.

The good seats on the flight were mostly vacant but no free upgrades were offered to loyal customers, sick, elderly, injured and those with children etc.

In fact, Scoot had to greed to hold an auction for the good seats to the highest paying bidder! This is one of the worst acts of greed I have seen. If all seats were not sold by auction, Scoot decided just to leave these seats vacant!

Instead of issuing me with boarding passes for Bangkok to Singapore and then on to Australia, Scoot introduced a new arrangement for ‘Scoothru’. I only received a boarding pass for Bangkok to Singapore and then I had to check in again at a special counter in Singapore. I did not have to go through Immigration again and my luggage was automatically transferred to the new flight.

In Singapore, the ‘Scoothru’ special check in counter was shared with 2 other airlines.

The staff took an average of 10 minutes to process each new boarding pass.

The queue was very long, only 3 staff were working, the area was not air-conditioned and in stinking hot Singapore of all places!

There were no seats or water available. The elderly, sick, disabled, injured persons and crying babies (carried by parents) just had to wait and suffer. Many were afraid about missing their flight. Scoot gave no explanation or apology. They did not care at all.

It took 2 HOURS to receive my new boarding pass and it was issued 15 minutes AFTER the advertised boarding time of the flight. There was still a long queue behind me and I hope those still waiting managed to catch their flight.

Earlier, when I saw what was happening and watched people suffer, sweat, nearly faint and hear children crying; I lost my temper and shouted at the counter for the staff to hurry up but it made no difference. One woman even stopped serving anyone, just sat at her desk for 15 minutes doing nothing and then disappeared for 30 minutes, even though she could see the massive queue.

To be fair the staff at the counter were not the cause of the problem and my anger was mostly directed at Scoot, not them, and I did say this to the counter staff and thanked them for their hard work as the time was 1 am.

When I boarded the plane, I explained what happened and complained to the chief Steward on the flight but he did not care at all and issued no apology. I insisted that he should apologise to all passengers but he refused. In fact he lied to me about how ‘Scoothru’ is supposed to work.

Scoot did nothing in flight to care for passengers who were ill from the Singapore ordeal. They did not even offer some water.

When we landed in Sydney we were delayed because the plane was inspected after 2 passengers reported being sick. Of course some passengers were ill after the ordeal in Singapore. I was personally sick for 2 days from dehydration and heat stroke because of the Singapore ordeal. Scoot just don’t care about their customers! In fact they are a health hazard!

I have no choice, I have to return to Thailand flying Scoot on the 9th and 10th March with a 1 night stopover in Singapore. I have a pre-booked, pre-paid Scoot flight. To make things worse my girlfriend was too ill to travel on the same flight and was not eligible for a credit or refund for not being able to fly.

Scoot have gone from the best to the worst budget airline to Asia. I think all Scoot thinks about is greed, greed, greed. If you want to be treated well, have a comfortable flight and feel safe about your health – use another airline! 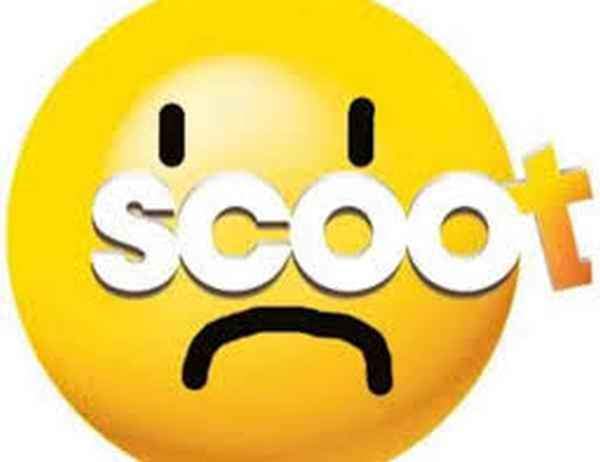 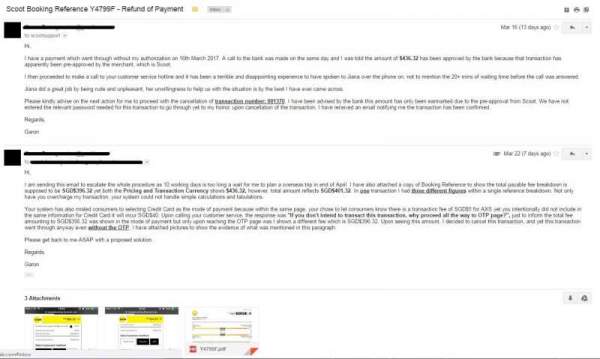 BEWARE OF FLYSCOOT MAKING UNAUTHORIZED PAYMENTS TO YOUR CREDIT CARD 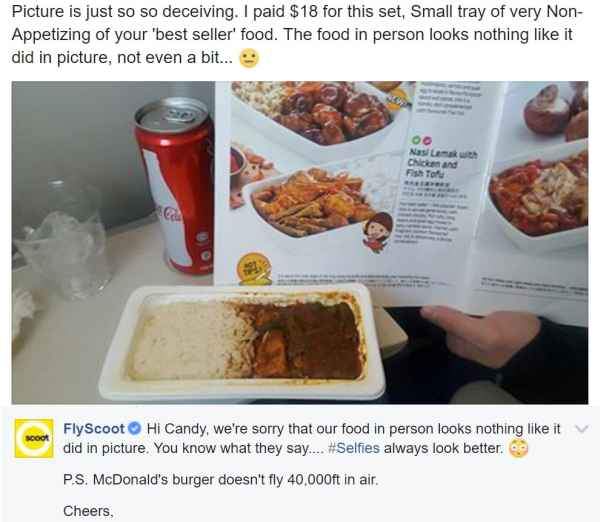 3 Weeks Of COVID Restrictions & Our Cases Are Still High, What is MTF doing?!

When our cases first reached the thousands this year, the MTF decided to implement new …