As I was leaving the carpark at Bedok South Rd after my meal break, I happened to pick up a Malaysian to Golden Mile Complex. When he instructed that I should go via Bedok South Ave 1, ECP and exit Rochor to Golden Mile complex, I straightaway knew that he’s a Malaysian due to his peculiar Mandarin accent. Malaysian style of Mandarin is quite unique.

“You are going there to book your bus ticket? You going back to Malaysia?”

“That’s correct. How do you know?”

“Oh, I was merely guessing. Since you are a Malaysian and you are going to that place so I guess you might be going there to get your bus ticket. Usually, they go there to get their bus tickets cuz there are so many tour agencies there.”

The middle aged gentleman was looking forward to go back to his hometown. He didn’t go back during the CNY due to work commitments. He told me that he’s been working in Singapore for nearly 20 years and that he would go back once a year during the CNY but missed the last one. I just listened and I didn’t ask him what was his job nor did I ask him if he’s a PR or work permit holder.

Since the latest hot news in town is about our founding father’s health, we struck a conversation on that subject. For the past few weeks ever since Mr Lee is hospitalized, I’ve heard much from many passengers – locals and foreigners including tourists and expats working here talking about him. All of the comments are favorable. They all have nothing bad and everything good to say about Mr Lee. Let’s hear what this Malaysian had to say.

“Mr Lee is the greatest Chinese man ever lived. In my kampung, we all really admire him for his achievements. Not only he did lots of things for Singapore. We are also indebted to him and his generation of colleagues!”

I was quite surprised to hear from our Malaysian fren that he’s indebted to Mr Lee. I then asked him, “Why you said that you are indebted to him and his generation of colleagues?”

“Oh, not only am I indebted to him. But lots of Chinese in Malaysia also owe him a debt of gratitude! You see, due to your remarkable economic success, the Chinese in Malaysia are able to benefit and piggy back on that success. If you just look at the causeways in the morning – whether it’s Tuas or Woodlands checkpoints, you can see for yourself the tens of thousands riding their motorcycles across to work. Every year, your economy keeps growing at a fantastic rate, the number of jobs created for us Malaysians is huge. We are able to find employment in Singapore. What about those who live and work here like myself only going back once a year?”

I thought to myself what my Malaysian passenger just said is a fact. Everyday in the morning, there are tens of thousands crossing over to our country to work. And in the evening, it’s the reverse. For one thing I’m sure most of our bus drivers are Malaysians.

Our Malaysian fren further added, “Mr Lee managed to transform a tiny island into an economic power house giving us much opportunities to earn a living. Many of us able to bring food to our families, bought land, houses and enough savings for our retirement. Jobs are scarce back home and the pay is so low compared to Singapore. For that, we are forever grateful to Mr Lee.” 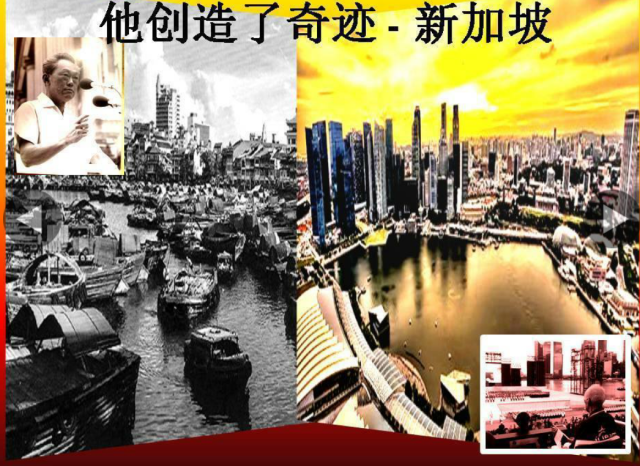 From Third World to First World.

“I feel that Mr Lee is the greatest Chinese man alive. He’s even greater than Mao or Chiang Ching-kuo etc. I say that cuz he could debate and counter the western press in English on their platform. He could rebut those western hypocrite human rights champions that your survival as a nation is none of their concern. In those days, basic needs such as security, food, water and jobs override all else. There are many countries in the region with lots of liberty but do they achieve the kind of success which he has brought to Singapore? The Malaysians and many others from afar are also beneficiaries of your success.”

“But there are lots of Singaporeans who don’t like him at all. They even hate him for being a dictator!”

“What a stupid statement! You have election every 5 years. If you all feel that he’s a dictator and corrupted, you could always vote them out. As simple as that. The fact that he’s in power for so long shows that a great majority still support him.”

“You see, even world leaders from America and China like to listen to his views on world events. I would say that he’s the modern re-incarnation of Zhuge Liang. link Such a great man only appears once in every 500 years. As such, he not only belongs to Singapore but to humanity. Many outside Singapore especially people like me and my family will miss him. There won’t be another equal to his greatness. He is Singapore’s mascot just like China had Mao, America had George Washington or Abraham Lincoln and UK had Churchill, Vietnam had Ho Chi Minh, Indonesia had Sukarno etc etc…”

“You seem quite knowledgeable. I’m impressed by your knowledge.”

“Yup. I may not speak English. I may be a blue collar worker. But I read much. I live under a different system. I can see the vast differences between us. Sadly, most of you just take for granted the many things which Mr Lee has fought hard. He has left his legacy for your children which we on the other side could only dream of.

My Malaysian passenger just like so many other foreign passengers I picked up over the last few days feel sad about Mr Lee’s imminent passing. A Titan with a powerful brilliant light that shines far and wide, as the name says it even though he’s encaged on a tiny piece of rock.

“生->老->病->死” is the cycle all of us will go through. But the difference lies in “死有輕如鴻毛，重如泰山!”

The glories of our blood and state
Are shadows, not substantial things;
There is no armour against Fate;
Death lays his icy hand on kings:
Sceptre and Crown
Must tumble down,
And in the dust be equal made
With the poor crookèd scythe and spade.

Some men with swords may reap the field,
And plant fresh laurels where they kill:
But their strong nerves at last must yield;
They tame but one another still:
Early or late
They stoop to fate,
And must give up their murmuring breath
When they, pale captives, creep to death.

The garlands wither on your brow,
Then boast no more your mighty deeds!
Upon Death’s purple altar now
See where the victor-victim bleeds.
Your heads must come
To the cold tomb:
Only the actions of the just
Smell sweet and blossom in their dust.