The report said that after the hoax of Lee's death was spread online and reported on internatonal news outlets CNN and CCTV news, Lee Kuan Yew was conscious enough to say a few words despite his condition.

The ailing Lee Kuan Yew mustered whatever energy he could and firmly reminded reporters of the need to do their due diligence before reporting any news.

Elder Lee reminded them that if they were not professional in reporting news accurately, they credibility of the media will be lost and their influence will diminish.

Even when he is critically ill, Lee Kuan Yew is lucid enough to lecture reporters on the need for professionalism? Is he a legend or what?

Is this what Lao Lee was referring to when he said:

“Even from my sick bed, even if you are going to lower me into the grave and I feel something is going wrong, I will get up.” 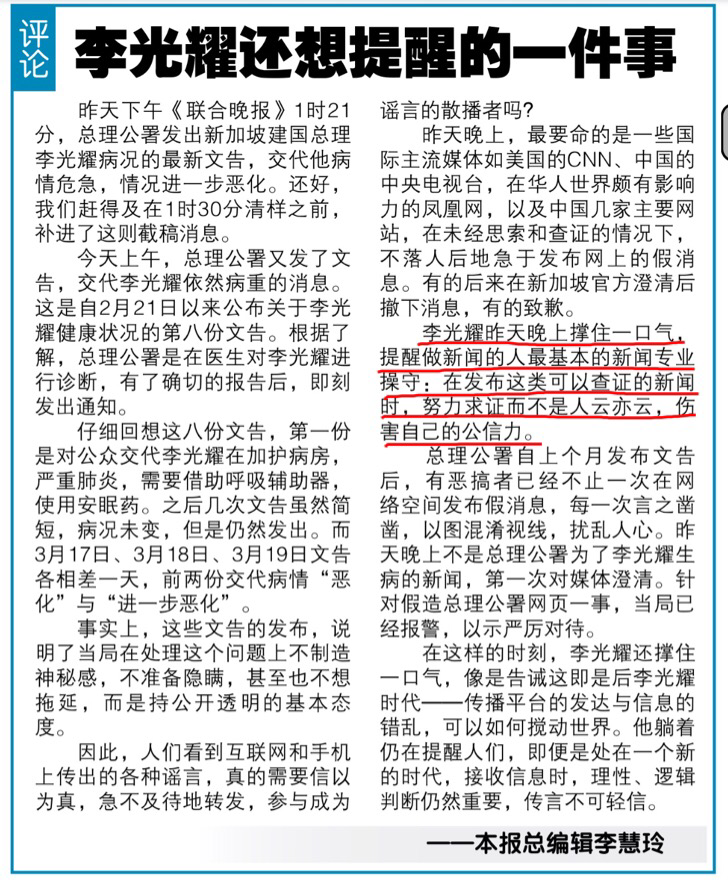 The Real Bad Guy Is Not Raeesah Khan or Workers Party – It’s Our 154th Media!