In a quiet private estate within Taman Johor, a 30-minute drive from the Causeway, there is a large two-storey bungalow with high ceilings and a lush garden.

At first glance, it looks like a typical suburban residence. But it is really a nursing home, and Singaporean Andrew Tan is one of its residents.

The house is part of a cluster of 10 bungalows within the estate, making up the City Heart Care Nursing Home.

“There are computers for me to check my Facebook page, my own TV to watch the news and I can even go to the coffee shop outside for noodles,” said Mr Tan, 43, who is paralysed from the chest down after a car accident 20 years ago.

His family, who lives in Singapore, sent him there as his ageing parents no longer have the strength to care for him.

After visiting more than 10 nursing homes in Singapore and Malaysia, the former electrical technician, who is single, chose City Heart Care as “it does not feel or smell like a hospital”.

“I also have my own room, which means I have privacy when my diapers need changing,” he said.

He is one of a growing number of infirm Singaporeans who have been admitted to nursing homes in Johor Baru, where prices can be as low as half those in Singapore.

Mr Tan’s family pays $900 a month for a two-bedded private room. A similar room in Singapore would cost more than double.

Its Singaporean-Malaysian owners want to build a three-storey, 84-bed home by the end of the year.

Three residents from Econ’s nursing homes in Singapore have already moved over to its new Taman Perling home.

Affordability is the key pull. Nursing home fees in Singapore range from $1,200 to $3,500 a month. This is before government subsidies of between 10 per cent to 75 per cent. But those with per capita household incomes of above $2,600 do not qualify for these subsidies.

In Johor Baru, nursing home fees start from $600 a month, making them attractive to middle-class Singaporeans.

Mr Frankie Ker, director of Spring Valley, said most of his Singaporean residents come from the “sandwiched middle class”.

He said: “If you are poor, the Government will look after you. If you are rich, you can afford three maids to look after you 24 hours. If you’re middle-class, it’s tough.”

Spring Valley offers basic, spacious open wards for $600 a month. Those who prefer more privacy can pay $900 for a two-bedded room in City Heart Care’s bungalows.

“Singaporeans are very price-sensitive and will bargain for even $20 off,” said City Heart Care’s Malaysian owner, Mr Jeremy Yeo.

Econ’s homes target those with higher spending power, charging up to $2,500.

Besides offering single rooms with attached toilets, it has barbecue pits and outdoor exercise gardens. Still, its fees are up to a third lower than its Singapore rates.

The space crunch in homes in Singapore is another reason more are heading across the Causeway.

Operators said demand for nursing home space here will only grow, given Singapore’s ageing population, creating a spill-over effect across the Causeway.

For some though, being in Johor can be a more lonely experience as the hassle of crossing the border deters some families from visiting, said operators.

Retired labourer Seow Teck Beng, who has been living at Spring Valley for three years, sees his children every three months. “I miss them,” the 89-year-old said.

Operators said that they try to encourage family visits.

Econ’s Mr Ong said: “Singaporeans can combine the visit with weekend shopping. Johor Baru is not that far away – it’s like an MRT trip from Jurong to the airport.”

For Mr Tan, who said he is now good friends with the Indonesian staff at City Heart Care, Johor Baru has become a long-term choice.

He gets visits from his family several times a year, but he said: “This is my home now.” 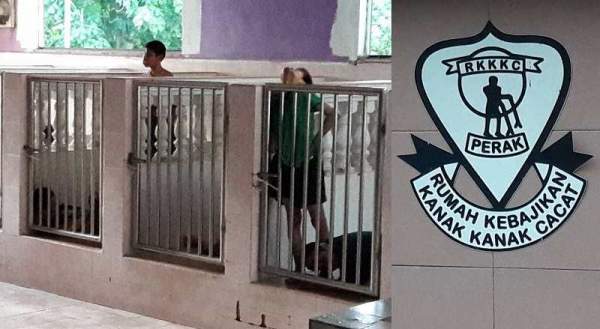 M’SIAN NURSING HOME CAGED UP ITS DISABLED PATIENTS LIKE ANIMALS