LOW WAGE CIVIL SERVANTS TO GET SALARY INCREMENT IN APRIL

About 2,200 lower wage civil servants will receive a salary increase of between S$60 to S$80 in April, Deputy Prime Minister Teo Chee Hean announced in Parliament on Tuesday (Mar 10).

This follows the total salary adjustments of about S$300 to S$330 they received from 2012 to 2014 – an increase of about 25 per cent in their monthly salaries, over and above their annual increments.

This year’s increment followed a Public Service Division study in partnership with the Amalgamated Union of Public Employees (AUPE) and the Ministry of Education on the challenges faced by these officers.

“This move will keep salaries market competitive as part of our regular review of salaries. From next month, their salary scales will also be lengthened so that officers who have reached the previous maximum of their scales can receive further increments as they uplift their skills,” said Mr Teo, speaking at the Committee of Supply 2015 debate in Parliament.

“The Public Service will continue to work closely with the unions, and make salary adjustments where necessary, while providing our lower-wage officers with relevant opportunities to upgrade their skills.”

Both degree holders and non-degree holders will be recruited on, and progress along, the extended Management Executive Scheme, he said.

“The extension of the scheme will be accompanied by a re-design of jobs and responsibilities so that the Civil Service can make full use of the abilities and potential of our officers.”

The AUPE said it welcomed the new adjustments, and the move to implement the enhanced Management Executive Scheme.

The union said it was “heartened” to note that civil servants who have hit the maximum of their salary scales can continue receive increments for their hard work and good performance.

“This would help the lower-wage civil servants cope with the rising costs of living,” AUPE said in a statement.

“We will continue to work with PSD to provide the same opportunities for public servants, regardless of their academic qualifications, on career development and advancement, and promote based on skill competency and performance,” the union said. 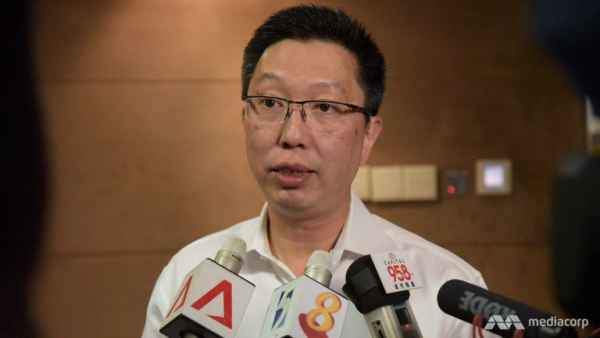