When Pickles the puss grew to the size of a dog, he found himself in a bit of a pickle.

At 21 pounds and more than three-feet long, he couldn't find an owner with a heart – or home – big enough to take him in – so he was forced to roam the streets in search of scraps to suppress his almighty appetite.

But the monster moggy – nicknamed Catasaurus Rex – has finally found a place to live after a young Boston couple saw an advert online and took pity on him.

Andrew Milicia and girlfriend Emily Zarvos say it was love at first sight when they met Pickles at the Massachusetts Society for the Prevention of Cruelty to Animals last month.

And now he couldn't be happier as he spends most of his days squeezing sleepily onto their three-man sofa or guzzling platefulls of cat food to his heart's content.

The couple was picked from around 50 people who had applied to adopt Pickles after pictures were posted of him online.

The giant feline became an internet hit dubbed 'Catasaurus Rex' when he was advertised on the Massachusetts Society for the Prevention of Cruelty to Animals website. 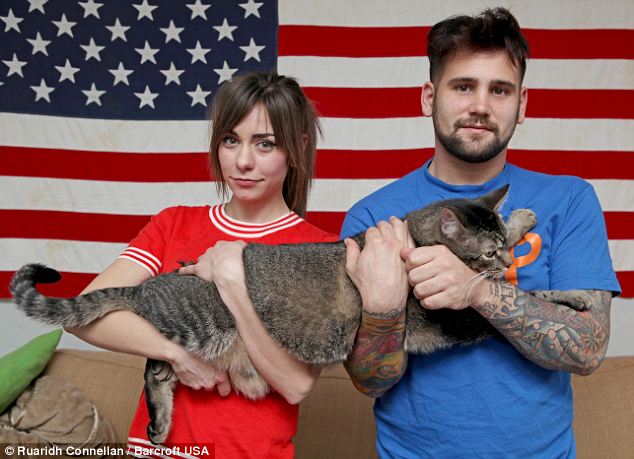 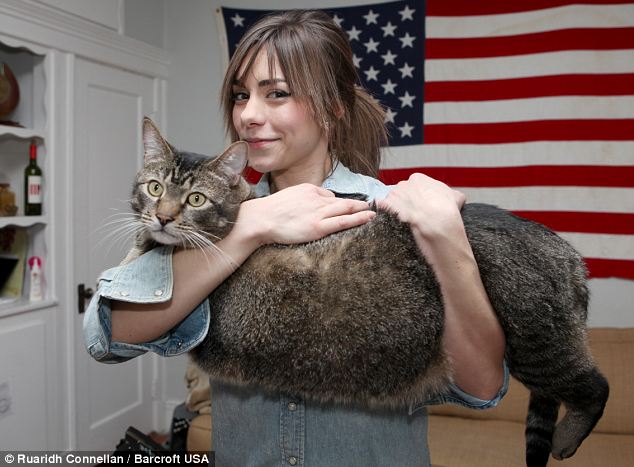 Click on the link below to read more and check out more pictures of Pickles.