This has been a cause for concern for some heritage enthusiasts, with many voicing their worry on Facebook group “On a little street in Singapore” that it could result in the loss of the area’s character.

He pointed out that most of Singapore’s kampung architecture no longer exists. For instance, late sculptor Ng Eng Teng’s kampung-style house in Joo Chiat was demolished about two years ago.

Apart from Kampung Lorong Buangkok, the only other community with kampung houses is Pulau Ubin, where 70 such structures still stand.

Kampung Lorong Buangkok, near Gerald Drive off Yio Chu Kang Road, was purchased by a traditional Chinese medicine seller in 1956. It was passed down to his children. The landlord today is his daughter Sng Mui Hong, 64. Ms Sng leases out parcels of the space for between $6.50 and $30 a month.

The kampung, which is on private land, is not a conserved site.

The 1.22ha area it sits on, which is about the size of three football fields, is slated under the Urban Redevelopment Authority’s 1998 Masterplan to be replaced by housing, schools and other facilities supported by a road network.

The timeline for these developments has yet to be firmed up.

Mr Seah Y.K., 57, who will be spending $30,000 to renovate the kampung house, told The Sunday Times that the roof was termite-infested and that he had no choice but to replace it. It had been unoccupied for the last 10 years and left to rot, said the long-time kampung resident who had bought the home from another resident for $30,000 late last year.

He said: “We want to preserve the look of the kampung as far as possible… We’re keeping as much as we can intact. We won’t have air-conditioning and we will build an outdoor toilet.”

Fellow residents at the kampung said they understand his dilemma as wood is both difficult to obtain and expensive to maintain. They said the kampung has also evolved since the 1960s when most of the homes were made from the attap palm. By the 1970s, they had been replaced with wood and also had some cement features.

Heritage blogger and naval architect Jerome Lim said it is difficult and unfair to impose guidelines on the kampung dwellers especially if it costs “an arm and leg to upkeep”. He believes that residents should be allowed progression within reasonable boundaries.

Dr Yeo from the SHS suggested that the authorities consider some form of financial assistance towards restoration of Singapore’s entire stock of built heritage, whose owners are in need of financial aid.

Meanwhile, Mr Kwek Li Yong, the founder of civic group My Queenstown, believes the authorities should work towards conserving at least one or two traditional kampung houses.

“This will ensure that future generations of Singaporeans will know how kampung life used to be.” 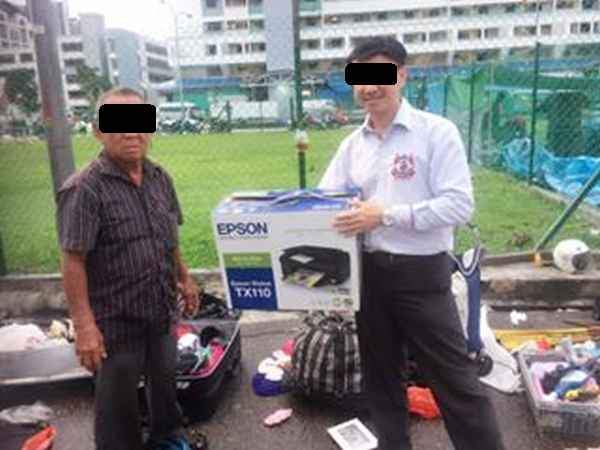 HELP, SUNGEI RD MARKET IS DISAPPEARING, SO MUCH FOR KAMPUNG SPIRIT!

SINGAPORE EAGER TO SHOW OFF HERITAGE, BUT KILLS OFF HISTORICAL MARKET