THE AGE OF LONELINESS IS KILLING US

Three months ago we read that loneliness has become an epidemic among young adults. Now we learn that it is just as great an affliction of older people. A study by Independent Age shows that severe loneliness in England blights the lives of 700,000 men and 1.1m women over 50, and is rising with astonishing speed.

Ebola is unlikely ever to kill as many people as this disease strikes down. Social isolation is as potent a cause of early death as smoking 15 cigarettes a day; loneliness, research suggests, is twice as deadly as obesity. Dementia, high blood pressure, alcoholism and accidents – all these, like depression, paranoia, anxiety and suicide, become more prevalent when connections are cut. We cannot cope alone.

Yes, factories have closed, people travel by car instead of buses, use YouTube rather than the cinema. But these shifts alone fail to explain the speed of our social collapse. These structural changes have been accompanied by a life-denying ideology, which enforces and celebrates our social isolation. The war of every man against every man – competition and individualism, in other words – is the religion of our time, justified by a mythology of lone rangers, sole traders, self-starters, self-made men and women, going it alone. For the most social of creatures, who cannot prosper without love, there is no such thing as society, only heroic individualism. What counts is to win. The rest is collateral damage.

British children no longer aspire to be train drivers or nurses – more than a fifth say they “just want to be rich”: wealth and fame are the sole ambitions of 40% of those surveyed. A government study in June revealed that Britain is the loneliness capital of Europe. We are less likely than other Europeans to have close friends or to know our neighbours. Who can be surprised, when everywhere we are urged to fight like stray dogs over a dustbin?

We have changed our language to reflect this shift. Our most cutting insult is loser. We no longer talk about people. Now we call them individuals. So pervasive has this alienating, atomising term become that even the charities fighting loneliness use it to describe the bipedal entities formerly known as human beings. We can scarcely complete a sentence without getting personal. Personally speaking (to distinguish myself from a ventriloquist’s dummy), I prefer personal friends to the impersonal variety and personal belongings to the kind that don’t belong to me. Though that’s just my personal preference, otherwise known as my preference.

One of the tragic outcomes of loneliness is that people turn to their televisions for consolation: two-fifths of older people report that the one-eyed god is their principal company. This self-medication aggravates the disease. Research by economists at the University of Milan suggests that television helps to drive competitive aspiration. It strongly reinforces the income-happiness paradox: the fact that, as national incomes rise, happiness does not rise with them.

Aspiration, which increases with income, ensures that the point of arrival, of sustained satisfaction, retreats before us. The researchers found that those who watch a lot of TV derive less satisfaction from a given level of income than those who watch only a little. TV speeds up the hedonic treadmill, forcing us to strive even harder to sustain the same level of satisfaction. You have only to think of the wall-to-wall auctions on daytime TV, Dragon’s Den, the Apprentice and the myriad forms of career-making competition the medium celebrates, the generalised obsession with fame and wealth, the pervasive sense, in watching it, that life is somewhere other than where you are, to see why this might be.

So what’s the point? What do we gain from this war of all against all? Competition drives growth, but growth no longer makes us wealthier. Figures published this week show that, while the income of company directors has risen by more than a fifth, wages for the workforce as a whole have fallen in real terms over the past year. The bosses earn – sorry, I mean take – 120 times more than the average full-time worker. (In 2000, it was 47 times). And even if competition did make us richer, it would make us no happier, as the satisfaction derived from a rise in income would be undermined by the aspirational impacts of competition.

The top 1% own 48% of global wealth, but even they aren’t happy. A survey by Boston College of people with an average net worth of $78m found that they too were assailed by anxiety, dissatisfaction and loneliness. Many of them reported feeling financially insecure: to reach safe ground, they believed, they would need, on average, about 25% more money. (And if they got it? They’d doubtless need another 25%). One respondent said he wouldn’t get there until he had $1bn in the bank.

For this, we have ripped the natural world apart, degraded our conditions of life, surrendered our freedoms and prospects of contentment to a compulsive, atomising, joyless hedonism, in which, having consumed all else, we start to prey upon ourselves. For this, we have destroyed the essence of humanity: our connectedness.

To read the full article, see below. CHILDREN’S CARTOONS ON MEDIACORP ARE NOT SEXY & VIOLENT ENOUGH 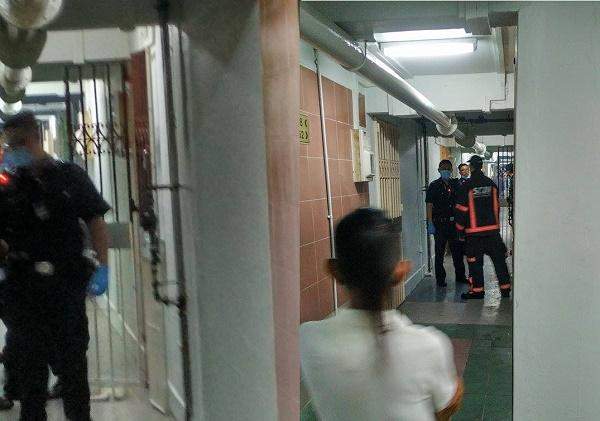