Not your money, still anyhow use?

A Public Accounts Committee (PAC) report submitted on 4 February has drawn attention to “irregularities” in the usage of public funds. The report is in response to a July 2014 Auditor-General’s report. Yup, public funds as in the taxes that we all have to pay. PAC hinted that government agencies were not using our hard-earned money wisely, as they called for “greater diligence in managing public resources” so as to “optimise their use and minimise wastage”.

So, who were the incriminating government agencies that were caught red-handed? MINDEF rented 109 hectares of land from PUB in 1971. Then in 1995, MINDEF sublet part of the land to a government-owned contractor who provided services to MINDEF for $45 a year.

MINDEF used more land than stated in the initial agreement with PUB, but the license was not updated accordingly.

MINDEF was lazy to do their proper paperwork. It’s equivalent to us at a library: the latest 50 Shades of ____ book caught our eye and we didn’t want to be recorded borrowing such a sleazy book. So, we just take the book and leave. No paperwork nor procedure followed. For the Sembawang site, 18 out of 41 buildings were vacant or partially occupied. There was also termites and discarded furniture present.

For the LCK site, some spaces were left vacant for more than 10 years. An auditorium was also used only 29 days out of a 365-day year.

AVA has a hoarder mentality. What it needs, it has. What it doesn’t need, also must keep. AVA is like us at the annual spring-cleaning ceremony; we absolutely refuse to throw away that ancient colouring book from our primary school days even though we don’t even use it anymore. 1. The checks and balances system that the CPF board had was insufficient.

2. The CPF board did not properly follow up on the claims made by medical institutions, e.g. hospitals.

3. Other government agencies had provided the CPF board with incomplete information.

1. They were lazy to conduct independent checks, and merely relied on wage records provided. They are like us at a kopitiam trusting the old auntie who says the cup of kopi-o is $2 rather than checking the price ourselves on the board. 26.1% of import applications checked contained errors, or did not have the proper license. This led to the import of medicinal products whose licenses had already expired.

HSA said that their trade declaration system was “not meant to serve as a regulatory control tool”. Individual HSA officers could check only certain applications based on experience.

The checks were lax. The trade declaration system is apparently put there for show only. Just because Xiao Ming always scores 100/100 for his Math test, the teachers decided not to ever mark his scripts again because they think it is pointless. 16 letters were confirmed to have been backdated from NPB to suppliers for the Gardens by the Bay project, in order to satisfy AGO’s audit checks. The suppliers also were made to backdate letters back to NPB by the same officer.

The incriminating officer told MND, NParks’ supervising ministry, that he backdated letters to fill in missing gaps of documentation so that the records would be complete.

临时抱佛脚。Or simply, only when the examinations are coming did NParks then start to do their proper homework diligently.

No one is perfect, and it seems government agencies are not an exception either. The full audit report can be accessed via the AGO’s website. 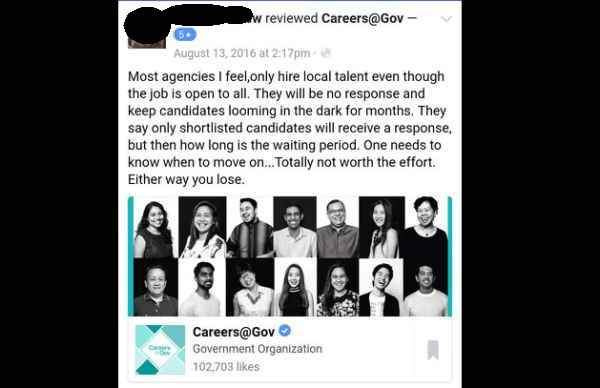 AUDITOR-GENERAL’S REPORT FLAGS IRREGULARITIES IN USE OF PUBLIC FUNDS