DID NSF’S IN-CAMP FOOD ALLERGY LEAD TO HIS MYSTERIOUS DEMISE?

Editor’s Note: A contributor sent A.S.S. the link (http://www.testech-elect.com/QuekWeeKeong.htm) to this NSF’s obituary which details the circumstances before his untimely passing. Due to the mysterious circumstances in which he passed on, it is a reminder for us to take extra dietary precaution when allergies are concerned. The contributor wishes to raise awareness for all those going through their National Service that they should take extra precaution if they have allergies and not put their health at unnecessary risk. May Wee Keong Rest In Peace.

Post mortem was done this morning. Cause of death cannot be determine exactly it was classified under Cardirespiratory failure. Blood sample and tissue sample were taken and to be send to analysis lab. The analysis will take 4 to 6 months to determine. They will not tell me any details except that it is not a straight forward case of lung or air passage blockage. I can only suspect disease (my own suspicion) since it tissue and blood sample is taken. I will update this page once there is a final analysis

Camp representative came to my home and has been very gentle and promise they starting their own investigation with the army funeral grant and a condolence letter from the chief of Army. And Police will start their own investigation as it is classified under un natural death. Special appreciation to Angela who has spend much times with us to give us support.

My Son Wee Keong passed away on 21Jan2015 I believe prior to midnight 20an2015, At 5.15am when his mother tries to wake him up at 5:15am to go to camp (his mother wakes up a 5:00am to prepare his breakfast and lunch) she found could not wake up week Keong. She senses something wrong and rush into my room to ask him to check. When I check, I found WeeKeong is already cold and stiff and his face is blue purpish.

He must had fallen as there is a visible hard knock bruise on his forehead and his is bleeding from the nose and mouth, I believe due to asphyxia. As a father even though I knew he is gone I still want to try to resuscitate him giving him CPR after some time I really could not feel any pulse.

The ambulance came at around 6.30am and pronounce him dead, and his body was taken to HAS (Singapore General hospital) for autopsy as we wanted to know the reason why.

I had blame myself for not going to his room to check I could have save him as I had learn first aid in the army. I heard faint floor thumping sound I thought someone were making noise upstair and the noise source does not seem to come from his room. The noise after a while and I went to sleep shortly.

But now we had accepted Week Keong Departure, and we thank all those who called and msg their condolesences.

About Wee Keong, he is a good manner and obedient son, always do his best in study, in work, and also in army. In fact we see him study hard even for the army camp training examination.

Wee Keong speaks fond of all the people in Tekong and Sambawang camp who is always looking out for him and checking if he is OK , as we had inform the camp in advanced about his medical history with severe food allergy and enzema. Even the OC at Tekong bring his special diet food for him in field camp, his sergeant who is always looking out for him, his superior ICs and Bunk mate were all always asking if he is OK, and is always concern about him. I am grateful to all those at the army camp who really took good care of him. Wee Keong is proud to actually wear his army beret, would occasional put it on at home. He is a true Singapore son proud of wearing the uniform and beret this I do speak honestly as he kept his army stuff neat and is study hard for his arming training course test papers.

Wee Keong was posted to Bukit Panjang Camp on Monday (after one week block leave after completing Sembawang camp training). Unfortunately the cookhouse did not prepare the special diet for him on Monday, instead giving him curry chicken rice whom Wee Keong is highly allergy (there is no vegetarian which Wee Keong could still eat). Weekeong complain of very itchy for the whole day. Nevertheless the camp ask him to bring his own food from next day onward allowing to use the oven. So on Tuesday he did take the home food and at night he came home, still itchy and he complain the workpace is very cold that he had muscle cramp. He came home at around 7.30pm, took home cook dinner and then went with his brother to buy grocery. We did not see anything amiss, other than he complain a lot of phlegm. He took some cough medicine for phlegm. Then go to sleep, I believe shortly after he passed away not sure the exact reason, one thing for sure he fell on the floor. Unfortunately parquet floor does not make so much noise I could not hear from the living room right outside his door.

We had taken very careful care of him until he goes into the army and we had kept worry but when he finish the BMT at Tekong and Vocation training at Sembawang camp, he does looks better except for his coughing. For the past 2 months he simply has a lot of phlegm and blew his nose a lot.

Wee Keong has been a good and filial son, a hardworking student and good soldier because he does feel proud of his unit at Tekong. Me and my Family will missed Wee Keong , like everyone else, we hope Wee Keong has a safe journey, and has a better life on his next life., hopefull I can be his father to take much better care of him.

Wee Keong wake will be held on 22nd Jan Thursday 2015 7pm to 9.30pm at 131 Lavender Street Singapore casket, Jade Room (Room Pax about 30 – 40), Buddhist prayer session Do take your dinner before coming. The cremation slot will be on 23rd Jan Friday 2015 at 12:00pm at Khor Min San Monastry where we will place his ash.

Thank you everyone for reading and has been wonderful friends, relatives,army camp superior and campmate and classmates. I also use his handphone and send the announcement to every number I can find on his phone so his friend and mates is aware. I wish you all well and blessed

SQ CAN MIGHT AS WELL BAN FISH & EGGS, THEY ALSO CAUSE ALLERGIC REACTIONS 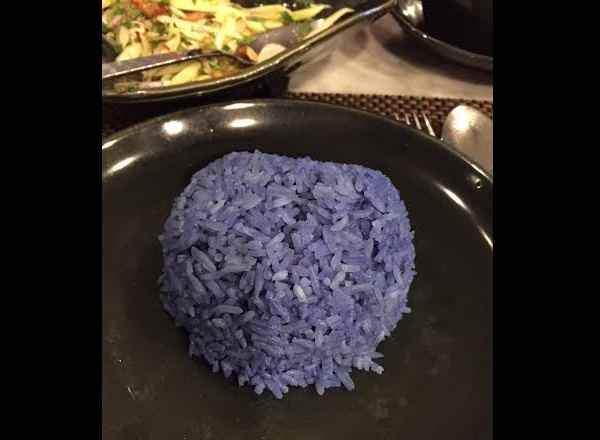