Taipei Mayor Ko Wen-je who had just assumed work barely two weeks has created a stir on cyberspace. A photo of him in the subway alone with no entourage and security detail has circulated online. The wife of Ko has responded to netizens and revealed that they were on their way to Peitou Hot Springs when there was an empty seat, Ko let her have the seat while he stood in the subway alone.
In another photo that is making rounds on the internet, Ko was spotted as a pillion rider on a scooter in a raincoat on his way to inspect his grounds. 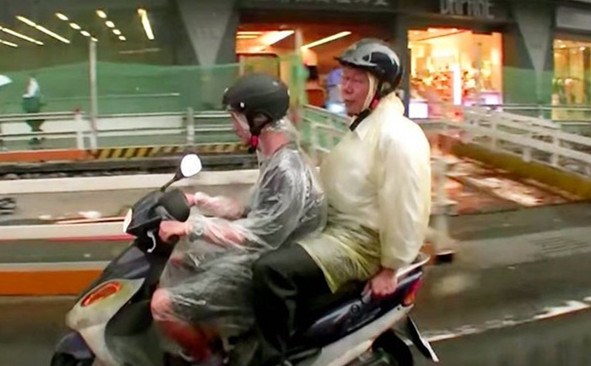 Is it a coincidence that such photos which shows the humility of politicians were spotted by netizens time and time again? Taipei has thousands of scooters on the road at any given time. The photographer who spotted Ko must have been in the right place at the right time.
Did you see any Singapore politicians taking public transport before?
Share

Roy Ngerng Still Exiled Because of LHL. We Must Support Him Now!

Is Singapore’s Gold Standard Of Handling COVID-19 Outshone By Taiwan?