A college girl was found to have had both the corneas of her eyes devoured by amoeba after wearing disposable contact lenses for over half a year without taking them out.

The girl bought a pair of disposable contact lenses that were supposed to be used for one month and wore them for more than six months, even while she was sleeping.

After feeling acute pain in her eyes, she went to hospital and was diagnosed with acanthamoeba keratitis, which is caused by a protozoon called an amoeba. The infection was brought on by dirty water that she used to clean her face, doctors said.

Director of ophthalmology at Wan Fang Hospital Wu Jian-liang indicated that contact lens wearers are a high-risk group that can easily be exposed to eye diseases. A shortage of oxygen can destroy the surface of the epithelial tissue, creating wounds in the eyes and cultivating an environment suitable for amoebas to survive.

Wu said that the college girl did not follow the correct procedure in maintaining the hygiene of her contact lenses and her overuse of the lenses gradually damaged her corneas. After half a year of wearing them, her corneas were devoured by amoeba and shrank to half their normal size.

Unfortunately, polyhexamethylene biguanide (PHMB) or chlorhexidine, which are considered to be effective medicines in eliminating such amoebas, haven’t yet been introduced to Taiwan, said Wu.
Director of ophthalmology at Tri-Service General Hospital Lu Da-wen warned that no matter whether they are soft or hard, contact lenses should not directly come into contact with water, as this will increase their chances of becoming infected by other viruses and protozoon.

Lu also stated that cases of acanthamoeba keratitis usually increase markedly during summer, and people should therefore pay more attention to proper hygiene at this time. 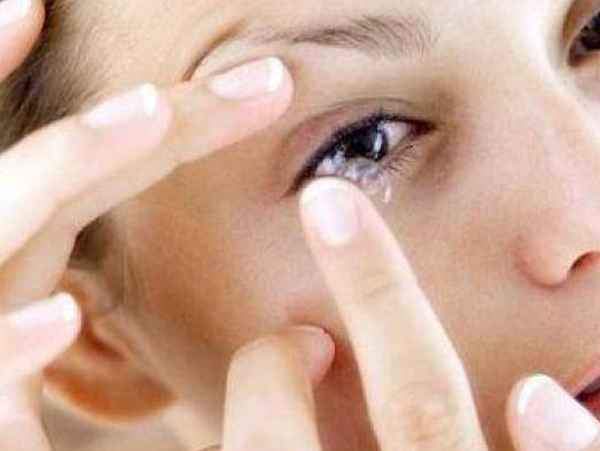 NETIZEN’S CONTACT LENS GOT STUCK AT BACK OF HER EYE!