“For the time being it can be confirmed that it’s the AirAsia plane and the transport minister will depart soon to Pangkalan Bun,” Mr Djoko Murjatmodjo said.

An air force official also reported the sighting of a suspected body, life vest, luggage and plane debris off the coast of Kalimantan, said Reuters.

A navy chief spokesman also told TVOne: “Crew had visual of people at sea surface, not far from debris.”

“We are checking whether they are people still alive or bodies.”

Lieutenant-Colonel Jhonson Simatupang, commander of the Pangkalanbun (or Pangkalan Bun) air force airport in Central Kalimantan province, earlier told TVOne that choppers deployed to the debris area were tasked to look closer at debris and pick up some of them.

Items resemble a door and pipes. They are orange, red and brown in colour.

Their location is about 10km from where the plane was last detected.

Less than one hour before, a Transportation Ministry official said on Tuesday that red and white debris sighted off Indonesia’s Kalimantan coast was likely to be part the AirAsia jet presumed to have crashed in shallow waters off the Indonesian coast.

“The debris is red and white,” Djoko Murjatmodjo, acting director-general of air transportation at the Transportation Ministry, told reporters. “We are checking if it’s debris from the aircraft. It’s probably from the body of the aircraft.”

Based on the size and colouring of the debris, it was likely to be part of the missing jet, Mr Murjatmodjo added.

Minutes earlier, the Indonesian authorities said items resembling an emergency slide and plane door were seen in the search for AirAsia flight QZ8501.

“We spotted about 10 big objects and many more small white-coloured objects which we could not photograph,” an Indonesian air force official, Air Vice-Marshall Agus Dwi Putranto, told a press conference.

“The position is 10km from the location the plane was last captured by radar,” he said.

“It is not really clear… it could be the wall of the plane or the door of the plane,” he said.

“Let’s pray that those objects are what we are really trying to find,” he said in Pangkalan Bun in Central Kalimantan on the island of Borneo.

An AFP photographer on the same flight that spotted the debris said he had seen objects in the sea resembling a life raft, life jackets and long orange tubes.

Indonesia’s Kompass TV showed pictures of what looked like large, angular objects floating in the sea. One appeared to be orange and another grey or brown. The largest appeared to be several metres long.

“Hopefully we will find something definite because I haven’t received anything else,” an Air Force official told MetroTV, referring to the reported debris. “Other aircraft are still carrying out searches.”

A search aircraft has spotted debris 105 miles (169km) off Pangkalanbun, and they now sending a chopper for a clearer look, according to reports.

“These look like items that are not usually seen on sea surface,” MetroTV cited Mr Dwi Putranto as saying.

The aircraft was flying 500 feet (152.4m) above sea level. A chopper would allow the team to get a better look.

The debris is in a sea area of 10 sq km to 20 sq km, east of where the plane was last detected on Sunday, MetroTV cited Mr Dwi Putranto.

Sea current direction trend in the area has been easterly, MetroTV reported.

AirAsia flight QZ8501 disappeared on Sunday morning over the Java Sea with 162 people on board.

The search is focused on waters around the islands of Bangka and Belitung in the Java Sea, across from Kalimantan. 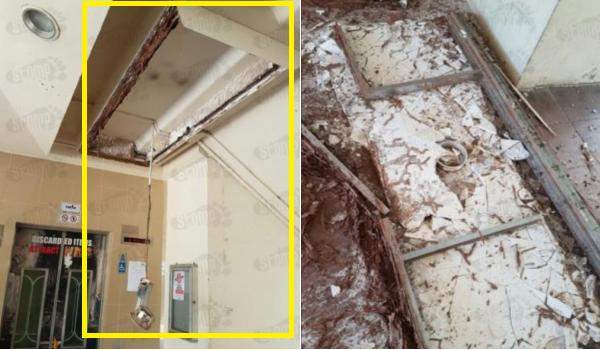