SportsHub has decided that the pitch at the National Stadium will be fully grass. A new grass pitch will be grown at a nursery and when it is matured it will be transported to the stadium and laid on top of the current hybrid pitch.

All this will be done in time for the SEA Games in June next year, SportsHub said in a statement on today (Dec 20). It added that the current hybrid pitch is now playable, as seen in the recent Suzuki Cup. But while the grass is able to grow quickly, it takes a long time to anchor and sink roots. As such the pitch is not robust enough for multi-purpose and intensive usage.

SportsHub said a second pitch, with a larger surface area, will be maintained at the nursery. It will be deployed for sports that require a larger surface, for example cricket. It can also be used to replace the first pitch when it is worn out by excessive wear and tear.

SportsHub said no decision on which nursery has been chosen but talks are underway.

Lights now being used to help parts of the present hybrid turf to grow will continue to be used.

SportsHub also announced that it has selected Eclipse from Motz Group to ensure that the turf can be rolled up and transported to the National Stadium in optimal conditions and can be playable just after laying.

It said this “lay-and-play” has been successfully adopted in many other stadiums around the world for hosting major events. These included the 2000 Sydney Olympic Games, 2003 Rugby World Cup, 2006 Commonwealth Games, 2006 Asian Games and 2011 Rugby World Cup.

SportsHub will bear the cost of implementing the new turf solution. 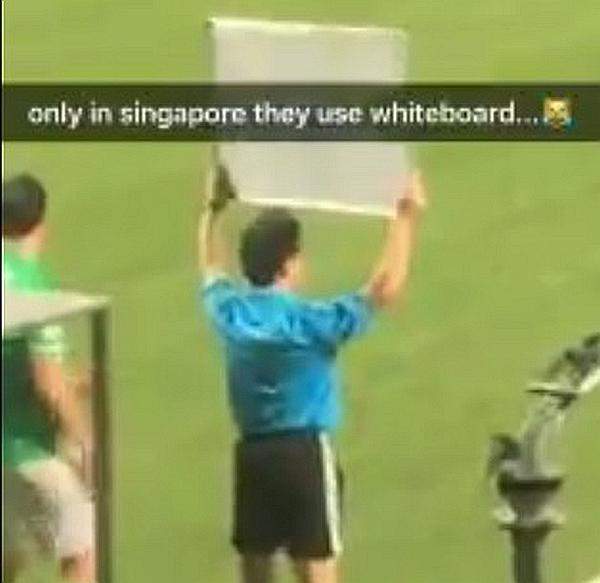 SG FOOTBALL USES WHITEBOARD TO DISPLAY SUBSTITUTION, CREATIVE OR NOT? GOVT: WE WON’T PAY S’PORE SPORTS HUB A SINGLE CENT UNTIL PITCH IS UP TO STANDARD