PAP ACTIVIST GEARING UP FOR WAR IN OPPOSITION HELD WARDS

The next General Election is due by Jan 2017 and set to be a "deadly serious fight" according to Prime Minister Lee Hsien Loong. PAP activists in opposition wards are already working the ground. SINGAPORE: During the recent People's Action Party conference, Prime Minister Lee Hsien Loong said the next General Election, due by Jan 2017, will be a "deadly serious fight". While there has been no indication when the GE will be held, PAP activists in opposition wards are working to gear up for the elections. 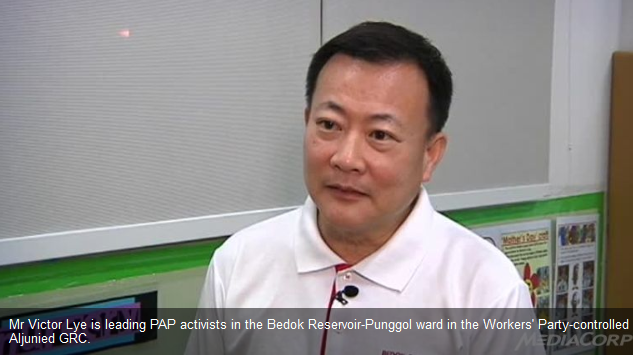 52-year-old Victor Lye was chosen to lead PAP activists at Bedok Reservoir-Punggol ward in the Workers' Party-controlled Aljunied GRC. He is a familiar face, having worked the ground for five years. Aljunied was the first and only GRC won by the opposition at the 2011 General Election – a result Mr Lye is acutely aware of. He said: "You must remember Aljunied was not just the result for Aljunied – it was a result for the entire PAP and it was a national outcome.

Otherwise how do you explain very good, committed politicians and ministers not getting enough votes? So we must remember what Aljunied means – communication. I was really crying out for what Aljunied was expressing." Mr Lye said communication is key to winning back the residents' trust: "The electorate is changing. We call it the 'teenager effect'. You can't speak to our children the same way we spoke to them when they were three or seven. When they are 12 or 14, the same message has to be delivered differently."

Mr Lye took time out from his full-time job for one-and-a-half years to focus on grassroots work, and he has visited the over 120 blocks in his ward. He wants to cover them twice over by the time the next elections come round. He runs his own Meet-The-Residents sessions twice a month, targeting the core group of PAP supporters as well as new voters and the more challenging group of swing voters. Mr Lye believes winning back Aljunied is not impossible: "I have faith that people will be able to look beyond the smoke and the fog, and look at why we still do what we do. If indeed we cannot win and it's tough, why am I still here? Why do we still have new young activists who say we are coming to help? "We have had more new members since the GE and I am heartened because these are young people who say we can make a difference, and we would rather step into Aljunied than anywhere else that is currently anchored by other PAP MPs." 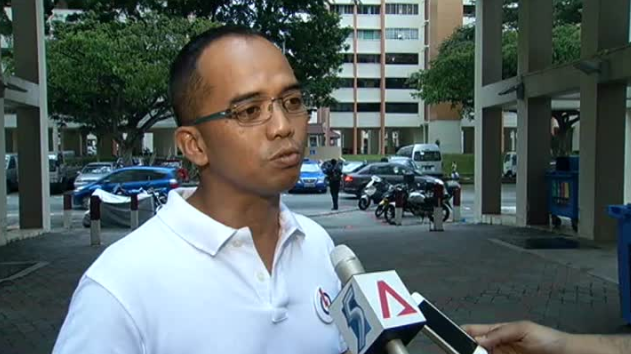 Sharing his sentiments is 46-year-old Kahar Hassan, a fellow activist at the smaller Kaki Bukit division. A deputy director at SMRT, he has been working the area since Mar 2014. He replaced Mr Ong Ye Kung, who was the PAP candidate in Aljunied during the last GE. Mr Ong has since been moved to Sembawang GRC. Mr Kahar conducts house visits everyday, and market visits on weekends, and started his weekly version of Meet-The-People sessions in May.

He said the case-load has gone up about five-fold, to more than 35 each week. and he acknowledges it has been a strategic move by the party to talk about potential candidates early. Mr Kahar added: "We must have heard this many times over right? People complaining 'oh in the last minute you send someone here, we don't even know him'. That has also come from the activists themselves. "So I think the party is taking a new step. It is a new strategy to introduce the potential candidate early.

This is so as not to surprise anybody, not to surprise the activists themselves and give time for people to bond and understand what is on one other's minds, so we can work together and also allow the residents to get acquainted with the new candidate or new person on the ground." 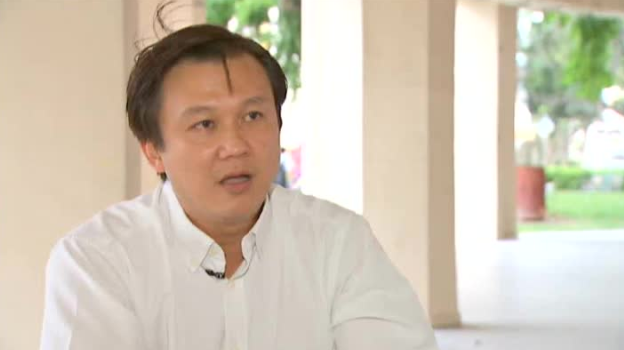 Over at the opposition stronghold of Hougang, there is also a new man heading the PAP branch. He is 44-year-old Lee Hong Chuang, a senior IT manager who takes over from Mr Desmond Choo, the PAP candidate in the last General Election. Mr Lee, who moved to Hougang in Apr, says one of his priorities is to get to know his team and residents. For now, his block visits are targeted at families who need some form of social assistance. "I am trying to spend more time over here.

Almost everyday, I am in Hougang somewhere, whether I come here for lunch or for dinner. I make it a habit to walk around the estate even though I am only going to meet one or two persons a day," he said. "It is worth taking the time to understand them, even if it is just to say 'hello' or by being a friend." Mr Lee will revive the weekly Meet-The-Residents session from Wednesday (Dec 17). He admits it will be a challenge winning Hougang, which has been in opposition hands for over 20 years since 1991.

But like his colleagues in Aljunied, he feels what is needed is to win trust, show sincerity and build friendships. "They need to see that we are helping them. I need to build a lot of trust, they know that whenever they come to me, I will see it through and get things done.

Netizen: Why Is The State Media Hiding The Identity Of Those Who Made The Asatizah Poll?

On 13 June at about 12:30pm, somebody saw this uncle pushing a wheelbarrow at a …