IS DR ENG KAI ER THE FACE OF SELF-ENTITLEMENT?

Friends who know me know I’m all about going against the flow, about fighting the system. But news about Eng Kai Er protesting against her six-year scholarship bond because she is in a job “not aligned with her interests” really ruffled my feathers. I sure you all by now already know the back story of this matter and loads of people have expressed their views about Eng.

I’m sure the “older” folks are more than happy to jump to conclusions and make declarations like, “Young people these days are all like that lah! So self-entitled!” I’m sure, by now, every boss who’s gone through her fair share of nightmare interns will be eager to say, “Yeah! They just want to be paid lots of money to do lots of fun things!”

Truth be old, as an “older” folk, I really despise anyone (no matter their age) who think they “deserve” a better lot in life AFTER being given so, so much.

In Eng’s case, she’s had the privilege of winning not one, but TWO, scholarships. It’s not that people are unreasonable either. A lot of my friends have actually said that if she had realized her lack of interest in science and research after her studies at Cambridge, she shouldn’t have taken on the second one. Many have questioned her real motives in accepting the second scholarship. Was it pure greed? That she lusted for the prestige and the opportunity to experience another overseas stint? Was it a delay tactic – to keep from going into a job that she had no real interest in? Whatever it was, Eng’s acceptance of that second scholarship – in my opinion – is the one that had us all up in arms. To protest against her bond, Eng is clearly of the belief that she “deserves” to be allowed to do whatever she likes, that she deserves to be given her “third scholarship”, a Get-Out-Of-Jail card.

Is allowing her to pay her way out the scholarship the solution? In my opinion, NO. Why? Because she has…… 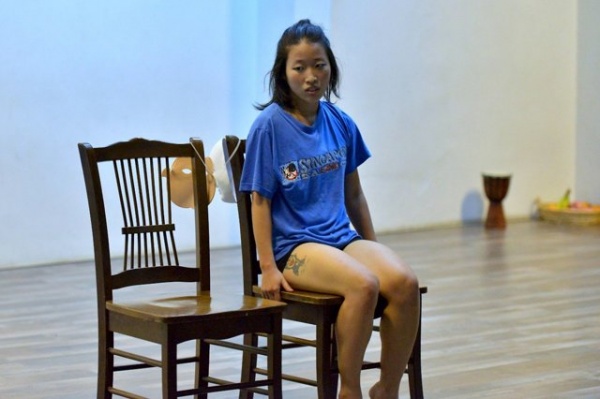