BERND STANGE – THE WRONG CHOICE FROM THE START

It would be a miracle if Singapore national team head coach Bernd Stange were to see out the remainder of his two-year contract with the Football Association of Singapore (FAS) after an Asean Football Federation Suzuki Cup campaign that concluded with a 1-3 loss to Malaysia last night.
“
If Vincent Subramaniam and Jan Poulsen were sacked after failing to get past the group stage of the biennial regional showpiece – and losing to Malaysia in the group, why should Stange be given a stay of execution?

For the 66-year-old German to see out his first and last competitive regional campaign was already remarkable. A poor AFC Asian Cup qualifying campaign could have seen him being given the boot by more impatient football associations.

It was not too long ago that under Avramovic, Singapore were punching above the weight in Asia. However, our elimination following last night’s 1-3 loss to Malaysia showed how far we have fallen after just less than two years under the German.

While the effort was there, the lack of direction under Stange’s stewardship prior to the tournament should have sounded more than just a few alarm bells.

Had they gone over his record as the head coach, especially with the national teams of East Germany, Iraq and Belarus, more closely, they might have come to the conclusion that his record in leading these teams has been pretty mediocre – teams which had much better players and stronger football infrastructure and culture than Singapore, based on results in qualifying alone.

While he might have laid the framework for the Iraqi national team, he would not have inspired them the manner Jorvan Vieria did as they embarked on a fairy-tale run towards the historic 2007 Asian Cup triumph.

Thus, bereft of any significant achievement despite his journeyman reputation in trawling across clubs and national teams across Europe, Asia and Australia, Singapore looked like a tempting opportunity to create his own legend – even if it meant destroying all the decent work his predecessor Radjoko Avramovic made during a ten-year tenure before him.

Knowing our country’s obsession with rankings and capitalising on it, he declared his first target to raise our world football ranking. That was to be his first of several missteps he would make during his one-and-a-half year reign with the Lions thus far. 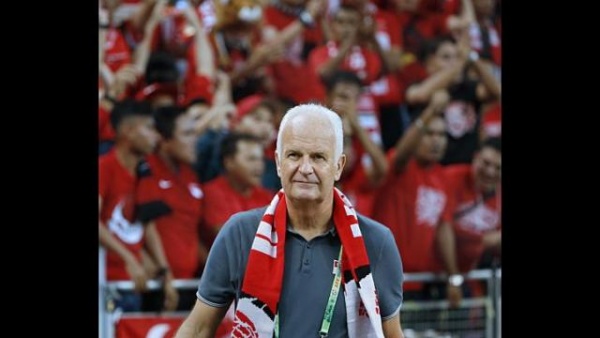