Dear editor,
It was reported in the news that MINDEF has decided to send 50 to 60 military specialists to support the international military coalition against terrorist group ISIS. These troops will not be deployed directly in the conflict zones but will operate in surrounding countries. Notably, no combatants will be deployed.
At least our million dollar salary defence Minister Ng Eng Hen has some common sense to ensure that the risk our servicemen are going to undertake are kept to the minimum while ensuring that Singapore contribute her part against terrorism.
That is why I am extremely disgusted to find a comment by a Pinoy living in Singapore. He is Francisco J Dy III who graduated from University of the Philippines Diliman.
He advocated for MINDEF's active participation in the combat against ISIS and commented that MINDEF should send our F15, F16 fighter jets and Apache attack helicopters to provide direct air combat support in Syria & Iraq so that our combat pilots can gain real ground experience in a combat zone. He has implied that he do not trust our RSAF pilots who had to go through an extremely tough selection test and training to qualify as a combat pilot.
It is unthinkable that PAP's favourite foreign talent can simply make such comments when these talents do not even need to serve National Service!
How is it possible that foreign talent living in Singapore can be so nonchalant about the lives of our Singaporean soldiers?
Angry Singaporean 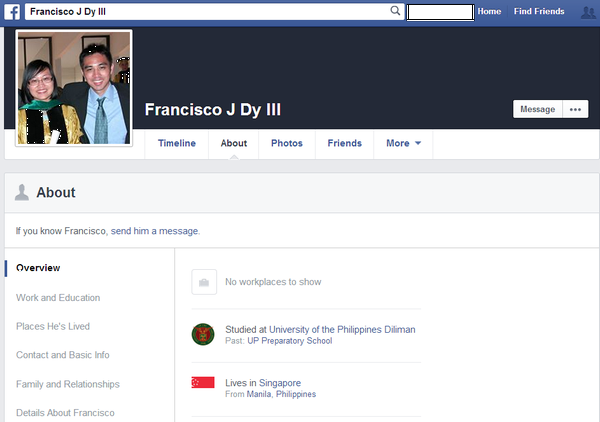