I refer to the article on Debt Collectors published on Straits Times on 12 November where Straits Times reporters followed JMS Rogers debt recovery company to 4 debtors’ houses. There has been a lot of buzz recently on this matter and the attention seems to be on the plight of the debtors. Everyone seems to pity the debtors whom the victims have given money to, based on trust, only to find the trust being broken. I’m one such poor soul who believed the word of a friend when he promised good investment returns only to get nothing and losing everything I’ve worked hard for. My peace, my financial stability, my nest egg, the cash I kept for the delivery of my first born child, I have put aside and soon, probably my sanity. 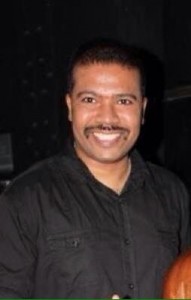 And, that debtor is none other than the last house that the reporters went to in Toa Payoh. The debtor Ananthan Thillagan is an ex-police officer and was also Minister Mentor Lee Kuan Yew’s bodyguard and also Prime Minister Lee Hsien Loong’s ex-bodyguard. And when he swindled me off my money in January this year, he was working as a special aide to former President Mr SR. Nathan. While working as a special aide, he was also working in an investment company called Profit On Land. This confidence trickster spun webs of tales and deceit effortlessly. And because he was working for people in power, he often threw names of powerful people to reinforce this web. I mean who would doubt the integrity of someone who is working as a special aide to a former president, especially more so in Singapore where the authorities would have done sufficient background checks on him prior to his appointment. Also, his wife worked for the Attorney General’s Chamber as an Assistant Director. They drove a Lexus and went on lavish holidays, even booking a junior suite at Ritz Carlton for their birthdays. 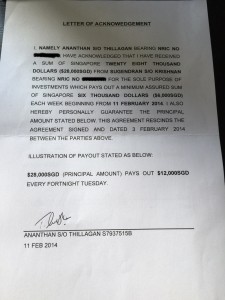 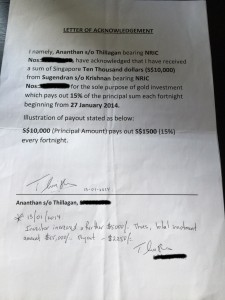 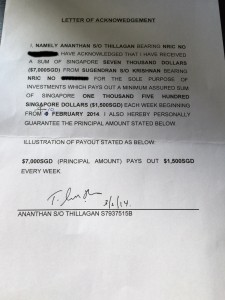 In December last year, during one of our usual catch up sessions, Ananthan spoke to me and my wife about investing in Profit On Land and he told us that the returns are good and the capital is guaranteed. At that time, we had a small amount of savings for rainy days and we were planning to have a baby, therefore we had set aside a little extra for the maternity expenses. He presented to us all the different products that Profit On Land has and we began to show some interest as we were attracted to the monthly payouts. Since my wife and me were both in sales and were purely commission based, we felt the monthly payments will be helpful in providing us with an additional, consistent stream of income. We then told him we were interested and will discuss how much we can invest and get back to him. He told us to go for at least $20,000 so that the monthly returns will be good enough to support any potential loss of income when my wife becomes pregnant and during the initial few months after delivery. 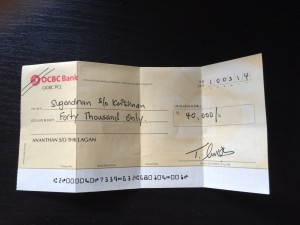 A couple of days later, we told him we are keen to invest $20,000. Immediately he said he will get everything ready and get back to us. The next day, he called us and said that he got an insider scoop, that Profit On Land is launching a new product in January with better returns than the current product. He explained that this is part of the company’s strategy in product improvement and diversification. And the interest he told us for the new product, was 1.5 times of what he originally presented. He told us to hold on to the money and once he has more details he will quickly put us in the queue for the new product. On Christmas Eve, he called us and said that the product is confirmed going to be launched in January and at the same 1.5 times interest rate of the current available product that he mentioned and instead of just a pure land bank which they currently used, the company is investing into gold mines in Papua New Guinea; thats why they are able to give better returns. He also mentioned that he has also spoken about this to some of Mr SR. Nathan’s contacts and they seem quite keen. However, he said because the product is now better enhanced and the company is going into a bigger project, the minimum capital for investment is $40,000. 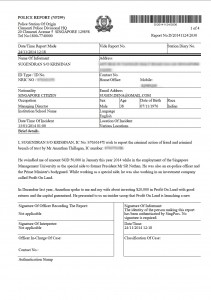 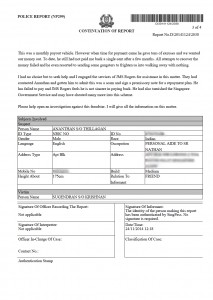 We were a little dejected as it was double the amount that we were prepared to invest. We also questioned him as to why the minimum capital has been increased so much when the interest is only 1.5 times more. He explained that gold is a very very safe form of investment and that it is even better than land. As land can always be devalued by local authorities or the local government, whereas gold price is determined by international market forces. He also rationalized that being an internationally traded commodity with deep traditional values, gold will always be in demand. He also said that right now gold price is at a low point and over the next few years it is set to rise as the US dollar increases in value. We were comforted by his answers as we felt that he was quite well versed in this investment product and the company has moved into the correct market. However, we were still undecided whether we want to put out such a huge amount. He told us not to worry as Profit On Land has a paid up capital of $5 million dollars and if anything happens to the investment they will payout from this capital. 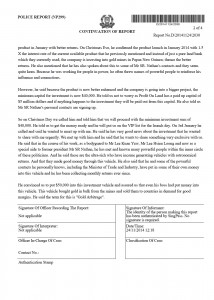 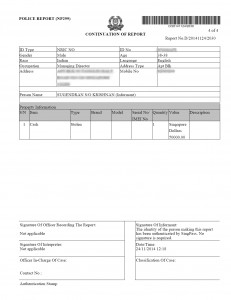 LHL: Not Easy For PAP MPs To Step Down Because We Are So Close With Residents