Why are we here?

You must have heard this in the news… a Vietnamese tourist, Mr Pham Van Thoai came to Singapore for a dream holiday with his girlfriend. In a move that must surely qualify him as a boyfriend-of-the-year candidate, he pays S$950 to buy an iphone 6 as a birthday gift for his girlfriend. As a factory worker making a salary of S$200 a month in vietnam, this makes his purchase equivalent to 5 months of his salary. So, when was the last time you spent half a year of your salary on your significant other?

Now most of us do some basic research online before dropping serious money on our gadgets and he must have done the same as he knew right away that S$950 was an unbelievable bargain. So the retailers make him sign some ridiculously worded invoice in english (a language he barely understands) and as he was leaving the store, they stopped him and forced him to pay an additional S$1500 for a bogus 1-year warranty before they would allow him to leave with what he believed he had purchased.

The retailers (Mobile Air Pte Ltd) "generously" offer to refund S$600 but as this would mean that 2 whole months of salary would be stolen from him, he refuses. He then goes down on his knees and begs them to refund the rest of his money while the staff at the outlet laugh as him. 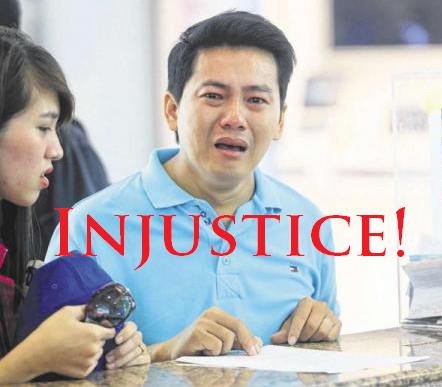 So the police and consumer association of singapore were called in (this was their 14th incident since July 2014) and are only able to recoup S$400 for him.

So he leaves the shop with his girlfriend S$550 poorer, with no iphone 6, in tears, sore knees and his dream holiday now shattered. 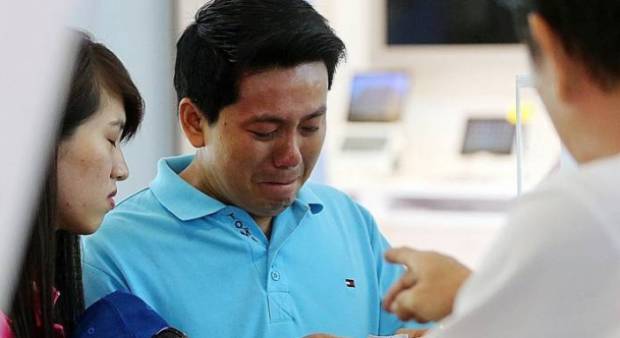 This is NOT "ok", This is NOT right. We are *NOT* a nation of thieves and cheats. This kind of scam should NOT be allowed to continue here, much less prosper like it has. But while I, as an individual can do very little to change this, together as a community we can put pressure on the lawmakers that allows scams like these to thrive over the last few years. (The first 2 floors of Sim Lim Square are notorious for scams like these over the last 5 years or more)

In the meantime, I feel that Mr Pham was dealt a great injustice by the legal system and while we cannot undo those traumatic and humiliating scenes he has had to endure, we can try to make things right. Let's give the man an iphone 6!

And if we happen to raise a little more, I'd like to send him some small gifts of Singaporean hospitality such as Bak Kwa, Kaya jam and spice packs to try some of the dishes he missed out on. His entire holiday was destroyed by the actions of one errant retailer, and if he had to go through something this traumatic, he must have lost his appetite and missed out on all the best experiences in Singapore.