LIFT-OFF FOR BALLOON RADAR TO WATCH OVER SINGAPORE

BY JERMYN CHOW, Straits Times
SINGAPORE – A giant helium-filled balloon will float above Singapore from early next year to watch over the Republic's skies and shores day and night.
Known as an aerostat, the balloon will be tethered to the ground and house a surveillance radar that can spot hostile aerial and sea threats from as far as 200km away. These include straying civilian light aircraft, small boats and even mobile missile launchers.
Defence Minister Ng Eng Hen said on Tuesday that the 55m-long blimp will be deployed from inside a military camp, adding that the balloon will "improve our surveillance capabilities significantly". He however did not disclose the camp's location.
Dr Ng said that the aerostat will complement Singapore's existing early warning and information-gathering systems that are facing increasing constraints, due mainly to the construction of taller buildings that prevent them "from establishing a clear line of sight".
"In order to see far, you have to be very high with no buildings to block you…Our ground-based radar systems can only operate above high-rise buildings," said Dr Ng at his ministry's PRoductivity and Innovation in Daily Efforts (PRIDE) Day awards ceremony held at Nanyang Polytechnic .
"Airborne radars can go around the clock, but that is costly and manpower intensive."
It will be cheaper to launch and operate the aerostat. Dr Ng said the balloon will save about $29 million in operating costs.
Operated by the Republic of Singapore Air Force, the aerostat can hover at a height of 2000ft, or a 200-storey building, and transmit detailed data to the ground immediately. The information will also be shared with other security agencies such as the Police Coast Guard.
Aerostats have been used by law enforcement agencies around in the world since the 1980s. They include the US Customs and Border Protection Agency which uses aerostats to scan the skies for suspicious aircraft activity. 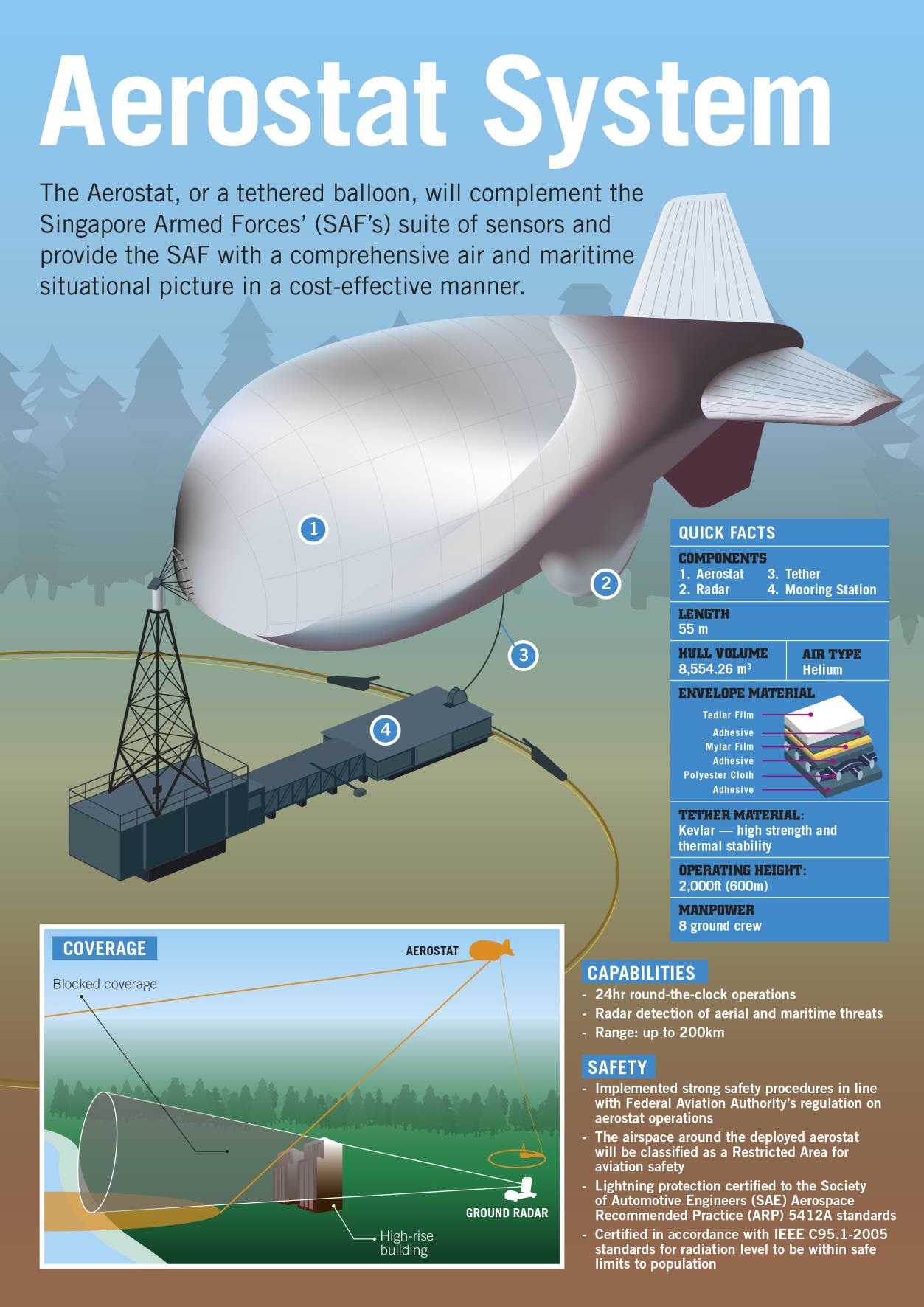