As much as LKY wanted him to be a communist, he could never prove LCS as one, conclusively. Even if he was one, he would never publicly admit to be a member of the Communist Party of Malaya as that would land him in jail. The CPM was an outlawed organisation.
Similarly, a gangster would never admit to be a member of a secret society. And because criminal cases against prominent gangsters are so hard to clinch, we often find that these people are held in detention without trial under the CLTP, or what is commonly known as "Section 55" – albeit less controversially as compared to the ISA although technically they are similar.
The Plen, Chin Peng, etc, were clearly communists because they were the top leadership of the hierarchy and they eventually joined the armed struggle in Peace Villages in Southern Thailand. However, other communists who were tasked to work in the Communist United Front weren't so upfront with their allegiances as it was precisely their job to appear leftist, socialist, communalist; anything but communist, in order to continue to manage political affairs from behind the scenes.
How is it possible then for someone to say such and such person is highly likely a communist? 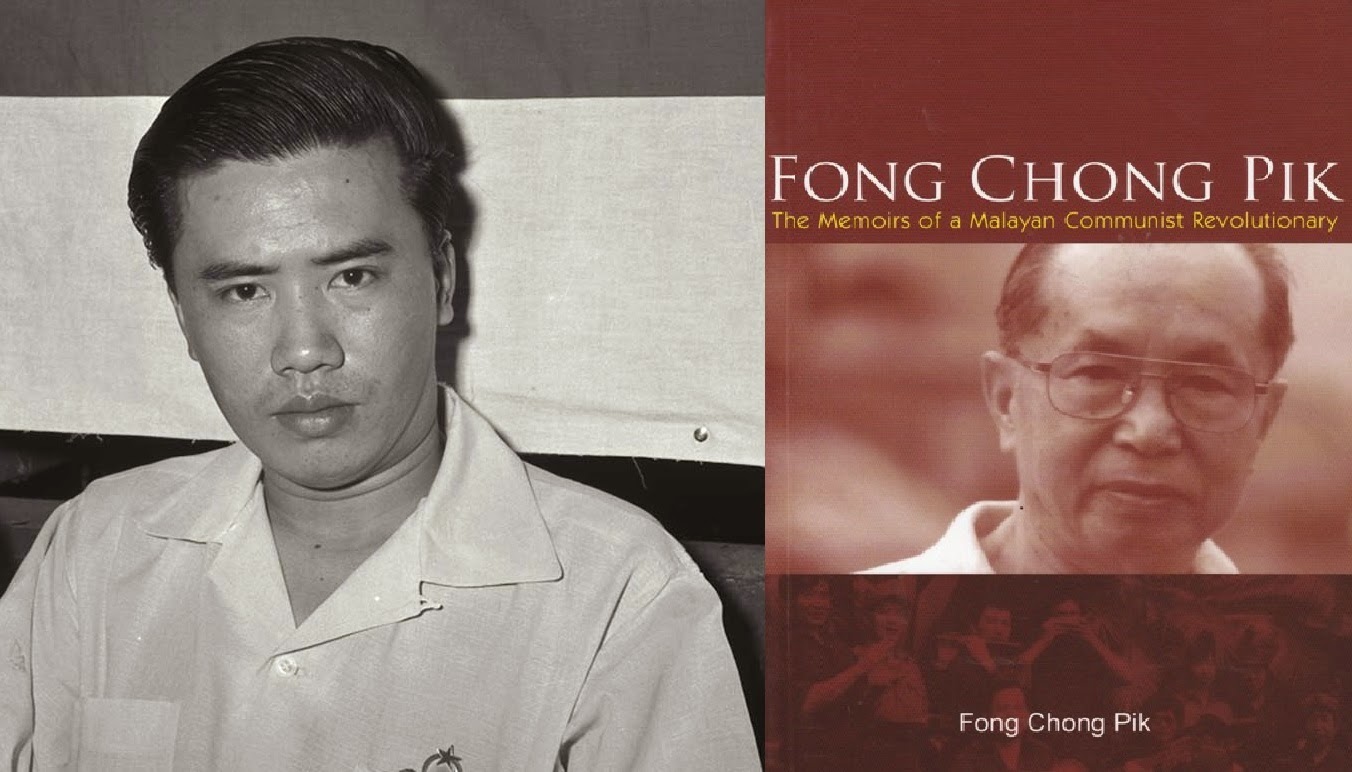 In this entry, we would look at the instances whereby LCS' deeds and association indicated that he could be a communist. While the information was sourced from Albert Lau's article titled "The Battle for Merger-The Historical Context", the original information was actually from various sources such as academic writings, memoirs and other periodicals.

If we read the body of evidence in its entirety, we will find that LCS' links with the communists cannot be simple.

Meeting with The Plen (CPM Singapre Chief) on various occassions

"Within days of the Malayan leader's speech (Tunku AR's speech on formation of Malaysia), Lim Chin Siong conferred with Fang Chuang Pi, one of the communists' top three leaders overseeing Singapore…"[Dennis Bloodworth, The Tiger and the Trojan Horse, p227]
"On 16 July (1961), a day after PAP lost Anson (to Workers' Party), Fang Chuang Pi again conferred secretly with Lim Chin Siong. Two days later, an urgent approach was made to see Lord Selkirk, the UK Commissioner, who invited the pro-communist group, which included Lim and three others, for tea the same day." [Sonny Yap, Richard Lim, and Leong Weng Kam, Men in White: The Untold Story of Singapore's Ruling Political Party, pp ix and 323]
A member of the Anti-British League which was communist controlled
"Lim did admit to being a member of the underground Anti-British League (ABL) even though he insisted that "being in the ABL does not mean you are communist"…the ABL was…a dedicated clandestine arm of the CPM set up in September 1948 (after the Emergency was declared) for the purpose of overthrowing the British colonial government…the main duties of ABL members were to "learn revolutionary" and "undergo various clandestine activities such as recruiting new members, distributing flyers and putting up slogans"..They also purchased medicine and supplies to support the CPM's armed struggle."[Melanie Chiew, Leaders of Singapore, p118, Zhong Hua, "A Preliminary Study on the history of Singapore People's Anti-British League and Zhou Guang, 'First Anti-British League group in Singapore Chinese High School in Mainstays of the Anti-Colonial Movement; The Legendary Figures of the Singapore People's Anti-British League ]
"According to Bloodworth, Lim had reportedly initiated a Chinese High School student activist, Seet Chay Tuan, into the ABL. Seet "remembered the night the previous year he was summoned to a secret rendezvous…and stood obediently in front of a picture of Stalin pinned to a wooden post, his fist raised, while Chin Siong read out a declaration of allegiance which he was then to swear and sign with his new Party name and so become a full member of the 'Organisation'."" [Bloodworth, p69]

"Nair recalled how Samad Ismail, a CPM member since 1949, had introduced him to Lim and that "Chin Siong was getting his guidance then from South Johor. Nair, who used to spend his evenings and nights at Lim's Middle Road union headquarters, remembered occasions when "somebody from the underground who is not know to the police" arriving to pass Lim a note. "And Chin Siong would read it and straight away burn it." [Devan Nair, Transcript of Oral History Interview]

"In his essay in the 2013 book, Zhang disclosed that the CPM had transferred Lim from underground activities in the ABL to open front work. After Lim's explusion from the Chinese High School for his role in an examination boycott, he "continued his studies at an English-stream school but later accepted the organisation's decision and devoted himself to trade union movement and constitutional struggle." [Zhang Taiyong, "Our cohort's commander – Lu Yexun" in Mainstays of the Anti-Colonial Movement, p61]
Retired Malaysian Special Branch officer Aloysius Chin
"the Senior Assistant Commissioner of Police who held a long-standing watch over the communists in Malaya, also divulged that CPM leaders Siu Cheong and Ah Hoi cited Lim as an example of CPM members who were deployed in open front activities in political parties"[Aloysius Chin, The Communist Party of Malaya, The Inside Story, p67]

"Two documents in Lim's own handwriting were among several he wrote for CPM records and for the instruction of recruits to the CPM who were under his leadership. One of them was on the talk he gave in the commemoration of Stalin's death. Another contained guidance notes for his ABL subordinates on the CPM's secret journal STUDY."
LKY's challenge to LCS after accusing him of being a communist
"Lim Chin Siong issued a signed statement accusing the prime minister of "sensationalism". To Lim's retort that he was "sick and tired" of having to deny association with communists, Lee Kuan Yew gave this risposte at a press conference on 27 January 1962: "If the documents were not written by him, he should deny it, sue me and the Government printers for libel and forgery." Lim never did.
And former Director of Internal Security Branch, Yoong Siew Wah, when writing on his own blog noted the following:
"It was a well-known fact that Lim Chin Siong, the former general secretary of the powerful Singapore Factory & Shop Workers Union was the undisputed leader of the communist united front and controlled the mass base. Lee Kuan Yew could not have been unaware of this fact and knew that he had to depend on Lim Chin Siong and his mass base to advance his political ambition."
So while there are mentions in British archives to suggest that LCS was not a communist, it should be noted that those who say otherwise are aplenty.
Share