When you have just spent £150million in the transfer market and secured a player of the quality of Angel di Maria, then a forward who only four years ago was playing for Stocksbridge Park Steels really should not be making you look a mug.

But Louis van Gaal will have to accept that Jamie Vardy was chief among a spirited group of Leicester City players who embarrassed Manchester United’s manager and a side that remains some way off the level required to return to the summit of the English game.

Van Gaal did his best to take comfort in the fact that he had endured such an encounter before. At Barcelona, he said afterwards, he had once seen his team surrender a three-goal advantage to lose 4-3.

Maybe so, but it was the manner in which United capitulated here in this astonishing Barclays Premier League contest that will concern their new manager. The fact that they twice conceded a two-goal advantage. The fact that they struggled with Leicester’s pace as much as their physical approach and finished the game with only 10 men. The fact that Daley Blind, having looked quite brilliant in that holding midfield role against QPR, seemed to be drowning in a sea of blue shirts.

There is an imbalance in United that still badly needs addressing because, for all the talent they possess in attack, their defence remains dangerously fragile.

Marcos Rojo will prove himself better than this. He really struggled against Vardy but a fine full back he nevertheless remains. However, on an afternoon that had a distinctly South American flavour, United paid for their failure to invest sufficiently in a back four no longer boasting Rio Ferdinand and Nemanja Vidic.

Jonny Evans and Tyler Blackett are not at that level, even if Blackett might yet prove to be when he learns to avoid getting himself sent off. Chris Smalling, who came on as a first-half replacement for the injured Evans, is not of that calibre, either. In fairness, the midfield failed to provide them with sufficient protection, with Blind looking a poor substitute for Owen Hargreaves, never mind Roy Keane.

But Van Gaal rightly pointed to the responsibility they had as a team to ‘kill the game’ once they were 3-1 up. He was also right to highlight the fashion in which they lost possession in the build-up to some of Leicester’s goals.

But if much of Van Gaal’s focus has been working on the ‘brains’ of his players, such a brainless performance will leave him deeply worried.

The first of two penalties they conceded was as stupid as it was unfair. Yes, Mark Clattenburg should have blown the whistle when Vardy shoved Rafael to the ground. But how foolish of Rafael to retaliate inside the 18-yard box. ‘It was still only 3-2,’ Van Gaal acknowledged honestly.

Lost in all this, of course, was the style with which United attacked in the first half. Not least in the form of Di Maria, who delivered another masterclass as well as a quite outrageous goal. If Wayne Rooney was alone in having special privileges prior to this match, Van Gaal might now concede that he needs to extend the guarantee of a first-team place to Di Maria.

His was United’s second goal. The first came after 13 minutes from Robin van Persie with a deflected header after Radamel Falcao had justified his selection ahead of Juan Mata with a brilliant left-foot cross.

Three minutes later, a capacity crowd witnessed something magical — Di Maria completing a delightful exchange of passes with Rooney with a chip over the advancing Kasper Schmeichel that few players in the world would be able to execute.

Almost as impressive, however, was the speed with which Leicester responded, Leonardo Ulloa scoring his fourth goal in as many games 70 seconds later when he met a Vardy cross with a thumping header that flew beyond David de Gea.

Rojo should have done better with Vardy and Evans and Rafael should have got closer to Ulloa. Even so, it was a cracking finish.

If the loss of Evans to injury disrupted Van Gaal’s back four, United managed to extend their lead after the break when Ander Herrera produced a clever flick to divert Di Maria’s shot beyond the wrong-footed Schmeichel.

But within five minutes Rafael had conceded a penalty that was converted by the impressive David Nugent and two minutes after that Leicester were level.

As well as scoring Leicester’s fourth goal, Vardy was the creator of the other four — even if he did nothing other than get in the way of a Dean Hammond shot that fell to Esteban Cambiasso, who marked his home debut by becoming the third Argentinian to score.

For United, however, it again amounted to poor defending and Rooney responded by berating his colleagues.

But worse followed in the 79th minute when a poor ball from Rojo enabled Ritchie de Laet to win possession off Mata and send the rapidly advancing Vardy clear with only De Gea to beat.

Another four minutes on,Val Gaal had to endure the sight of Blackett bringing down Vardy in the penalty area. A second goal for Ulloa followed; humiliation complete 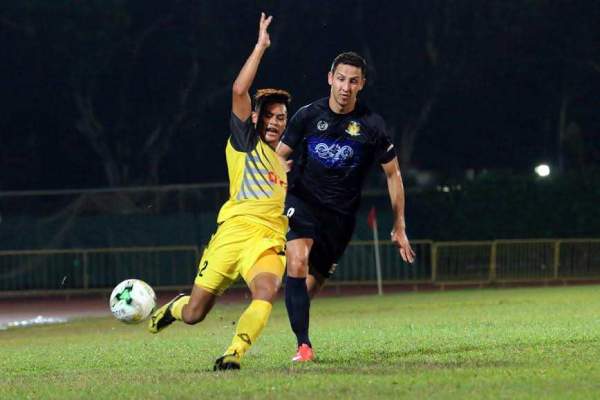 DAVID MOYES TO BE SACKED AS MANCHESTED UNITED MANAGER