Last years Little India Riot put the spotlight on the Singapore Police Force. There were some who were chided for their cowardice but also many others who stepped forward bravely and proved their mettle under dire circumstances. But before the heroes of the Little India Riot emerged, there were many brave men and women who put their lives in harms way to give us the security we Singaporeans have all taken for granted.
Among them is a policeman named ASP Stephen Koh. He was OC of the Police Tactical Team (PTT) which in the early days was a band of volunteers who served even on their off days for a meagre monthly allowance of $50. The PTT was later re-organised in 1993 into the Special Tactics and Rescue (STAR) team.
Besides starting the STAR team, ASP Koh is most remembered among his peers as the man who shot the notorious gunman Lim Keng Peng aka Ah Huat, who had earlier killed a restaurant owner and a fellow officer PC 3649 Goh Ah Khia on 18 December 1985 at Jalan Pelikat. In his recollections of that fateful incident, ASP Koh unabashedly admitted "If I said I was not afraid then, I would be a liar. But I guess it’s the training that steels your nerves."
ASP Koh was also involved in the 1978 Seng Poh Road Tiong Bahru bus hijacking where robbers fleeing from the police, jumped onto a bus and held passengers hostage. When the hijackers threatened to kill them, ASP Koh had three seconds to make his decision and from a distance of 40 – 50 feet shot and immobilised the gunman. For his bravery, he was commended by then-President Wee Kim Wee and promoted from Inspector to Assistant Superintendent of Police.
Apart from his heroics, ASP Koh is fondly respected for his leadership philosophy and leading by example. During an interview, Koh said: "I believe a policeman’s life is very precious. If anyone has to die it should be me. A commander’s responsibility is to ensure that every person is accounted for and no unnecessary risk is taken". Honestly, how many of us can put the lives of others ahead of our own?
With such brave and dedicated Commanders like ASP Koh within the Singapore Police Force in the past, it is little wonder why crime was swiftly brought under control during Singapore's turbulent years. Hence, it is important that I nominate ASP Stephen Koh for your SG50 series. Singaporeans should remember our unsung heroes and our current police force can certainly learn a thing or two from the experience and leadership of ASP Stephen Koh.
Without men like ASP Koh, we definitely wouldn't be enjoying the peace and security of today.

All Singapore Stuff's SG50 Series is a reader driven effort to celebrate 50 years of being Singaporean. Based on recommendations suggested by you our readers, for every week up till Singapore's 50th birthday, we will feature one Singaporean hero who has left an indelible mark on our Little Red Dot. Know of any deserving Singaporean that you believe must be featured?
Send your nominations to [email protected] or private message A.S.S on Facebook and tell us why they are your Singaporean hero! Majulah Singapura! 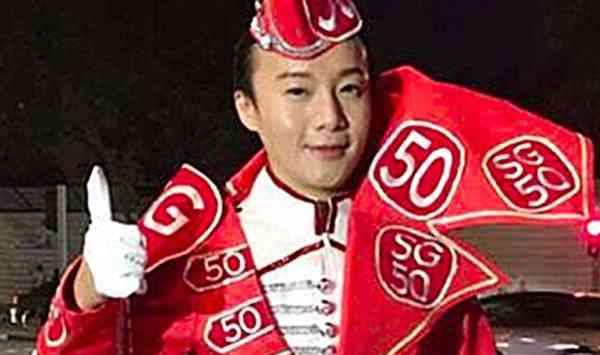 TO THE S’PORE GOVT: PLEASE STOP YOUR SG50 BS