Ever since I started working, I have been using the public transport way more than I liked. Not that I'm given a choice though, since it's almost impossible for a debt-saddled recent graduate like me to own a car in Singapore. The fact that my workplace is on the other end of the island does little to help either, with me clocking an average of 3 to 4 hours a day on commute. I always joke with my friends that I'm travelling cross country everyday, and my Google location would prove to you that.
With so much time spent on public transport here in Singapore (estimating 3 hours a day X 300 days would be 900 hours on the public transport alone for 2014), it would seem that that I've learnt to categorize the people on the public transport into different groups automatically. It helps with managing my expectations of how to deal with them and as psychologists would say, it's an energy efficient way to think about people.
So below are some of the categories that my brain has come up with in regards to the different types of people that I could usually find on public transport. Is it the same with you?
1. The people who cannot differentiate headphones from speakers

Taglines: I need to show off the awesome music that I'm hearing right now / If I play clubbing music loud enough, maybe I can delude myself into thinking that I'm still grooving to the club beats
Okay, I have no idea why I started with this category first, but I guess these are the people that seemed to annoy me the most. Not that I have an issue with people who uses headphones though, but it's with those who consistently leak music noise out of their ears. At a very annoying volume too.
The whole point of wearing earphones is so that the music stays in your ears. But this group of people seemed to have missed the point, often subjecting the entire carriage or bus to their choice of music. Which more often than not borders on the point of being full fledged noise. Like those you hear in a construction site. Try as I might, I just couldn't understand why you would want to listen to death metal at 7am in the morning. Sort of like a pick me up music to get you pumped up for school/office?
Of course, I'm not judging the music choice, but when you're trying to sleep and there is a steady stream of dumz dumz dumz creeping into your ears, you tend to get annoyed quite easily. Especially when you can still hear the music after putting your own earphones in and playing your own music. Kinda reminds me of those 1960s people who carry boomboxes around
Others who fit into this category: People who watches videos without earphones
2. The sleeping beauties 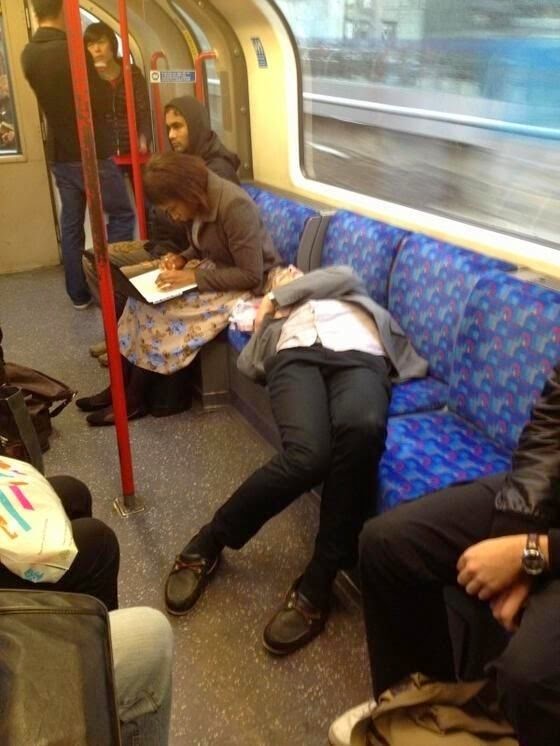 Taglines: There is no bed like the MRT seat / If I close my eyes hard enough, maybe all of these people in front of me will disappear / ZzZz
They are the ones who sleep so soundly on the public transport until their head would sometimes would loll dangerously near your shoulder, but who are still alert enough to quickly stand up and exit the vehicle when they reached their stop. Sometimes one cannot help but wonder if that they're indeed so tired, or is it because they just cannot withstand the jealous death stares from standing commuters.
I personally have no quarrel with these group of people though, because I'm okay with standing (not that I have a choice) and normally it's the people who want seats who hate them. And I'm occasionally guilty of this offence as well, especially during the early morning when I'm still half dead Speaking of which, did you ever notice that they
3. The overly romantic couple who doesn't like you staring 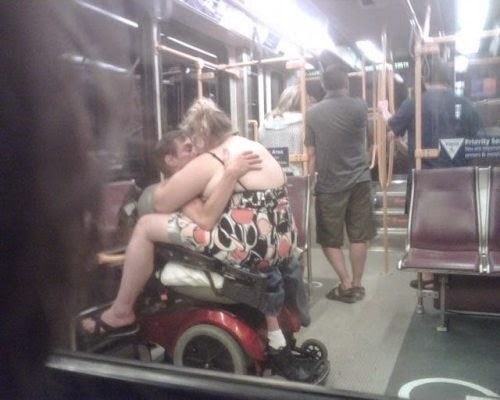 Taglines: Can you feel the love tonight~~
Okay, I understand that couples need to show romantic gestures every now and then. I mean when you're madly in love you're practically a slave to your hormones right, so I'm perfectly fine with you touching and sometimes fondling each other in the full view of the public. I mean sure, fine, go ahead. Of course, it will make me feel lonely and awkward, but who's to control what you do with your partner in public right? After all it's your hands and it's not my body you're touching.
What's not fine, however, is when I get rude stares back for just looking straight, as if you're expecting me to turn my head the other way. I mean hello? Where else would you expect me to look? You're standing in front of me doing all the things that you do and you expect me to look away? I'm a guy after all you know, with my own set of raging hormones, and if there's free show going in front of me, why would I deny myself the chance to enjoy it? If you're so bothered about people looking at you in the public, get a room.
4. The close close guy 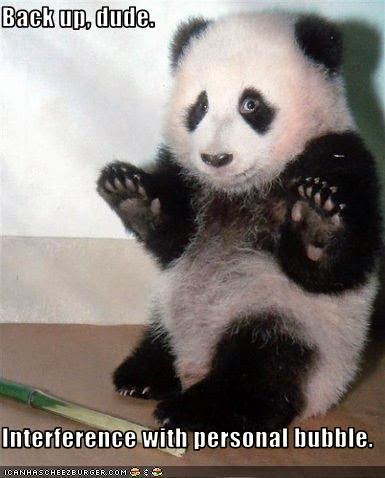 Taglines: Can you feel MY love tonight?
I know sometimes the buses or MRT can get overly crowded and all, so some degree of "closeness" is forgiven during peak hours where everyone is packed too close together, but occasionally there's this one random dude who enjoys standing too close to you even when there's empty space around, his armpit above you or something, sending his manly whiff over to you. And sadly, more often than not it's a dude. Who probably forgot to bath for a few days in a row as well.
5. The demanding uncle/auntie 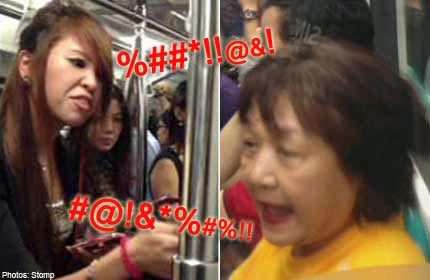 Taglines: Your seat is mine

It's one thing to ask nicely, it's totally a different thing if you were to demand, scold and threaten for a seat. I know that the seats are referred for you, but some aunties/uncles act as if that it is their given birthright, and whoever who doesn't adhere to it shall be thoroughly punished. And even for some uncles/aunties, they come with the post-nagging feature as well, cursing your 18 descendants and ancestors with all kind of colourful hokkien words that you wished your friends would have taught you last time.

You know whom do I respect more? The aunties/uncles who are okay with standing, and gives you a pleasant smile and a thank you. Because kindness go both ways 🙂

6. The parents with the out of control kids 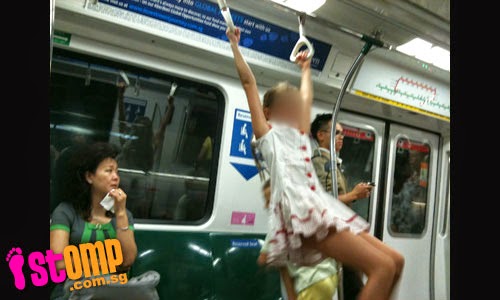 Perhaps the bane of most people, you'll have kids who run and scream around as if the MRT is their giant playground, while their parents are busy staring into their iPhones. I'm not saying about the younger ones who may just having a bad though, but those who act as if the MRT is their home. I mean whatever happened to sitting quietly when you're in a public place?

Thank goodness I work in an early intervention setting, where I'm already used to all the noises and mayhem caused by kids.

Don't be deceived by them. They may look like normal aunties/uncles on the outside, but once the MRT doors slide open, they'll be running so fast to the seats that leaves you standing there stunned. I guess they must have been the joggers in the park that keep running past me whenever I'm running as well. The marathoners at night.
8. The social media complainer aka The STOMPERs 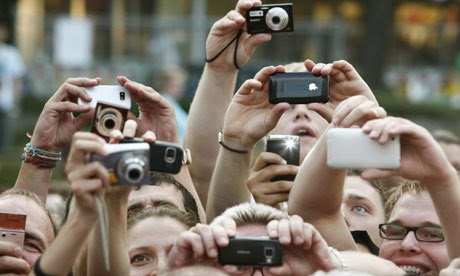 Tagline: I'm too afraid to confront all these people in real life, so I'll do it online instead
They may be quietly standing at the corner pressing at their phone, but do not be deceived, you may just have been Stomped unknowingly by them, or may have been the subject of an angry Tweet. A fact that you will only find out when you reach home, and your friends starting flooding you with "OMG you're famous!" statements

They may also come up with silly blog posts, with titles such as "The 8 Types of People You'll Meet on Singapore's Public Transport", all in the name of fame

So which group do you dislike most? Do you dislike any of them? Is there any groups that I may have missed out?