EVEN for the ultra rich, condo living still means having to share facilities like pools and tennis courts with neighbours. Unless you’re billionaire Peter Lim, that is.

Mr Lim, his wife Cherie and his 85-year-old mother have an entire 11-storey condo – and pool – at Ardmore Park to themselves. No noisy neighbours, no barking dogs, no learner trumpeters practising in the apartment next door.

The family occupy an apartment close to 4,000 sq ft at the Abelia condo while the other three maisonettes and a 5,000 sq ft penthouse sit empty, although there is a security guard.

Not that Mr Lim needs the rent. He made his first fortune as a remisier and another bigger one with shrewd investments in palm oil.

And Abelia – Mr Lim owns 80 per cent and a pal the rest – is probably worth about $100 million given its primest of prime locations near Orchard Road.

But Mr Lim is resisting the temptation to sell up and cash in on the property boom as his mum does not want to move.

They like the location and the acres of space, including an underground carpark, which is handy given Mr Lim’s pricey collection of 10 cars, Ferraris included.

‘I have enough space to park them,’ Mr Lim said in a recent interview.

‘The road is also very wide with lots of entrances and exits. If I were to live at Orchard Turn, I would have to put up with the bad traffic. But here, there are many ways for me to avoid the congestion,’ he added.

And while he could sell the Abelia and buy a handful of houses, the posh bungalow life in District 10 doesn’t suit him.

‘Maybe it comes from the days when I was a remisier and travelling a lot in Malaysia, every four days of the week.

‘That has made me security conscious so I prefer to live in an apartment,’ he said.

The bumper gain he is sitting on at the Abelia must also enhance the home sweet home feeling. He bought the building in 1994 when Malayan Credit sold some of its investment properties, paying less than $14 million.

That is looking like a bargain to end all bargains, what with the land and building now worth as much as $100 million, going by recent sale prices.

Last month, SC Global forked out $262 million for The Ardmore, just a few doors away at 6 Ardmore Park. The price for the plot of 42,565 sq ft worked out to $2,337 per sq ft (psf) of potential gross floor area, including development charges.

Abelia has an estimated 40,000 sq ft of gross floor area, which could mean a sale price of about $100 million given the $2,500 psf it could command in today’s market, say some consultants.

Others sound a note of caution as the Abelia’s land area is far smaller at 14,000 sq ft, although as Knight Frank’s head of research and consultancy Nicholas Mak says: ‘The whole stretch of Ardmore Park is valuable land, and the price it can fetch will depend on the size and the shape of the parcel.’

Whatever price it might command, it will be small beer compared to Mr Lim’s stake of just under 5 per cent in palm oil giant Wilmar International, which is worth around $1 billion.

While Abelia is only 11 storeys, it dominates the area – at least for the next few months.

It is surrounded on three sides by the building site for Wheelock Properties’ 36-storey Ardmore Park II. The site was occupied by Habitat Two and Ardmore View, which were sold en bloc last year.

But Mr Lim is not fretting about the noise and dust as modern piling methods have reduced much of the impact.

Anyway, he can always get away for the day in one of his flashy cars sitting in that spacious underground carpark. 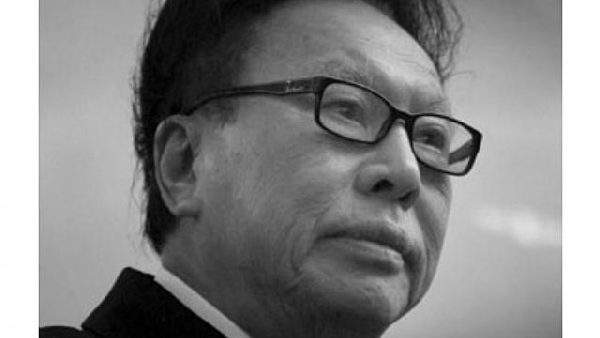