CARAT-Wira Eagle: Malaysian and US forces 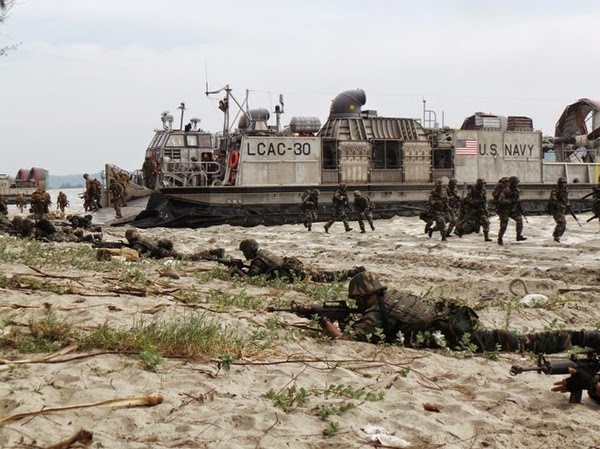 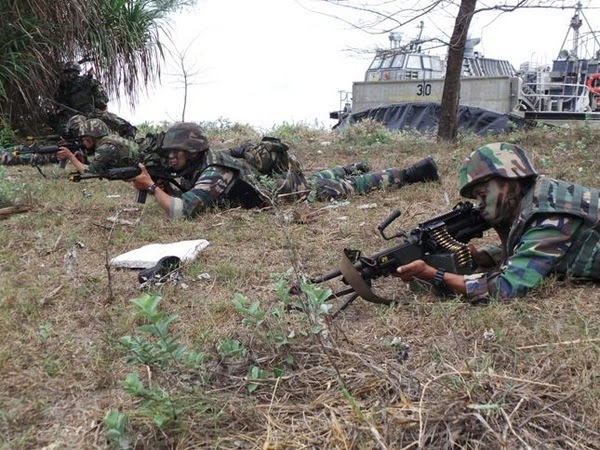 All images courtesy of Dzirhan Mahadzir, who witnessed the action firsthand at CARAT-Wira Eagle.

Attacking from the sea, warfighters from Malaysia and the United States stormed a beach at Tanjung Resang, just north of Mersing, yesterday in a joint show of force.

Paratroops from 9 RAMD are adept at securing enemy objectives from the air. The battalion is also the designated amphibious landing specialist in the Malaysian Army. 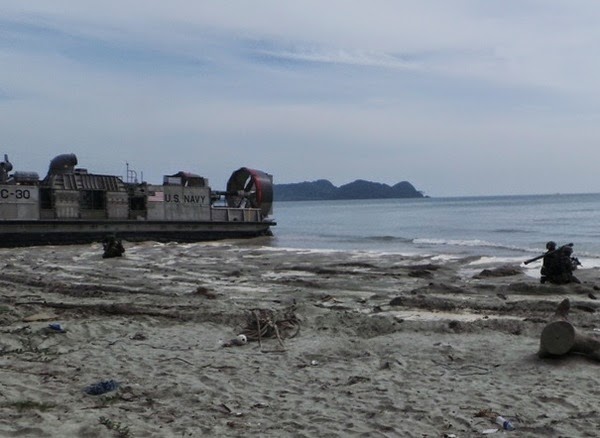 At  CARAT-Wira Eagle yesterday, Malaysian troops provided air defence cover (above) for the landing beach by deploying MANPADS fire units upon landing with the intention of protecting subsequent waves of LCACs from attacks by low-flying enemy warplanes or attack helicopters.

The joint force defeated entrenched enemy infantry, who attempted to defend the beachhead, before securing the area for friendly forces.

Malaysia and the United States enjoy warm and friendly defence relations. The military might demonstrated at CARAT-Wira Eagle and Eks Cope Taufan 2014 – the latter saw the US deploy its latest warplanes to the region for the first time – is indicative of concrete and continuing efforts by both countries to uplift their bilateral defence relations during joint exercises, defence courses, visits and exchanges of military personnel.

Landlord Sets Ridiculous Rules For Tenants And Installs CCTV Everywhere, Even Outside Toilet