AZLAN D SPYWARE: I AM NOT RACIST, I WAS FRAMED BY GUTTER JOURNALISM

I understand that there is a police report against me, by an unknown netizen, accusing me of posting seditious remarks relating to a certain funeral wake. I too, have made a police report to defend and explain myself as in my rights.

1) My police report which was lodge at Jurong West Police Station. Kudos to the chinese policemen who was not biased and actually listened thru the points that I have made. 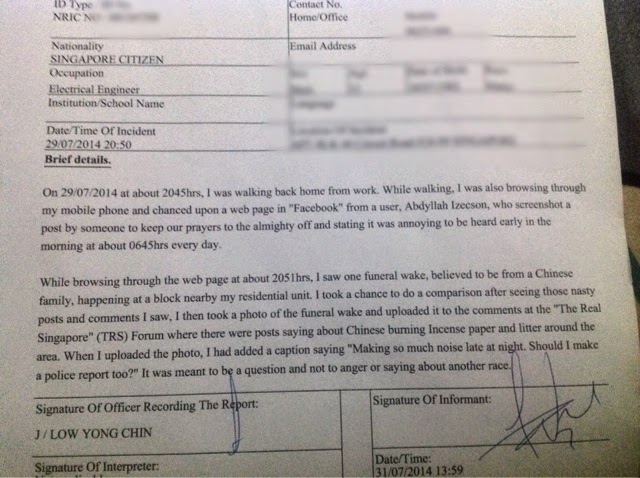 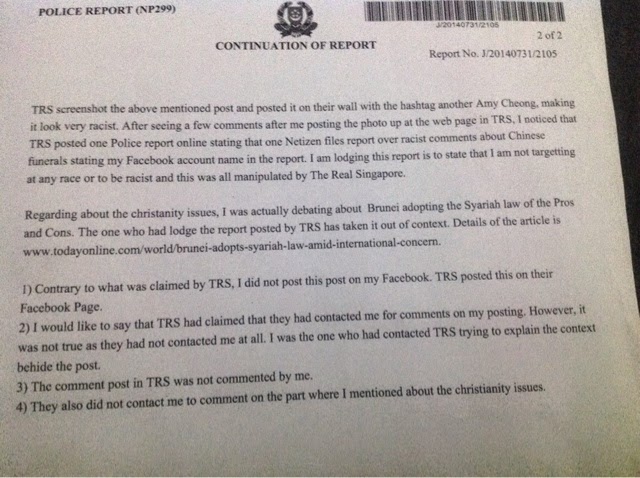 2) Below, in purple are my retorts to the actual report that was done by TRS 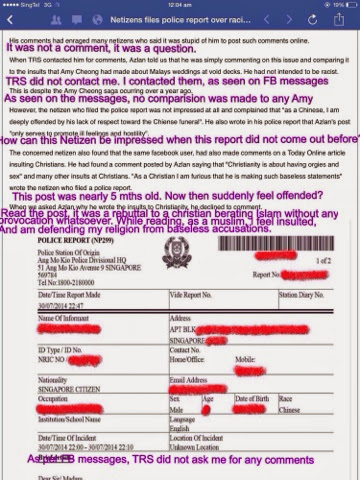 3) This was the first time I had message TRS to explain that there was no ill feelings on that post. Contrary to what was reported, they claimed that they contacted me. The other hate mails are omitted to protect their identities as i feel that this was the usual hate stirring by TRS. Even after my explaination, my messages were ignored. And yet,TRS claimed that they contacted me. 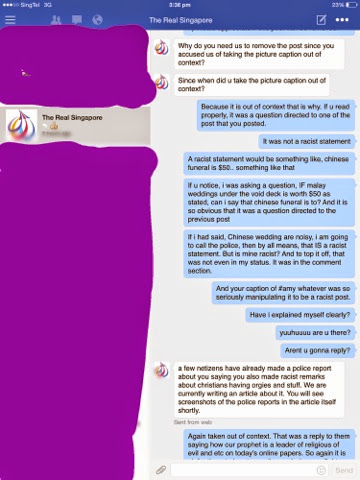 They claimed that they asked me for comments regarding the muslim issue. But as below, no questions were asked. However, i explained myself. But at the end of the day, I do not know how they can claim that I deny comments. 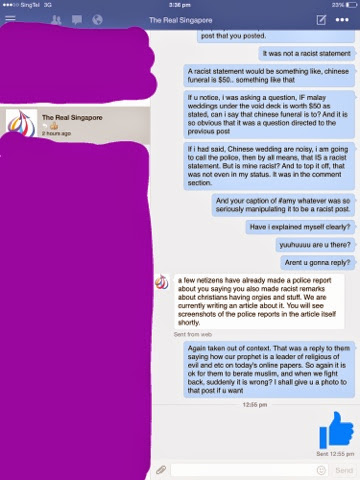 4) As u can see below, this post was on 5th May. Meaning to say, someone deliberately stalked my timeline, for the previous 3 months, just to make a report about this. I have mistakenly written it as 5 months on my retort above. Do forgive. And as u can see, this was a totally unprovoked attacked on my religion. And I beleive I have the right to defend it. This was originally a 2 person conversation. Notice that no matter how Muslims were offended, no police report was made by me, or any other. 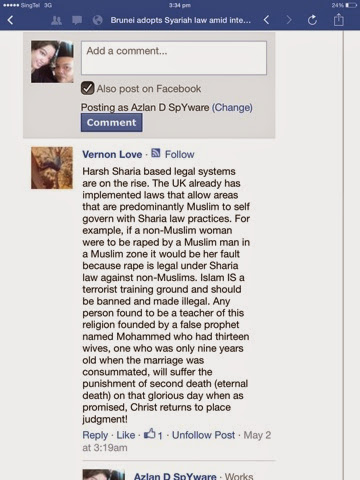 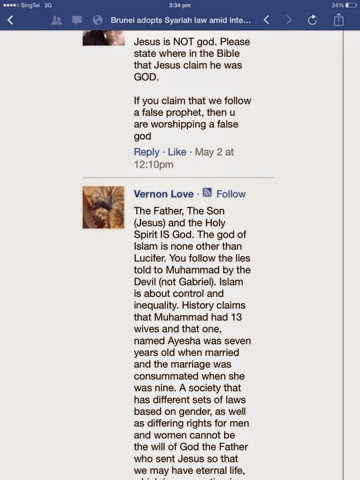 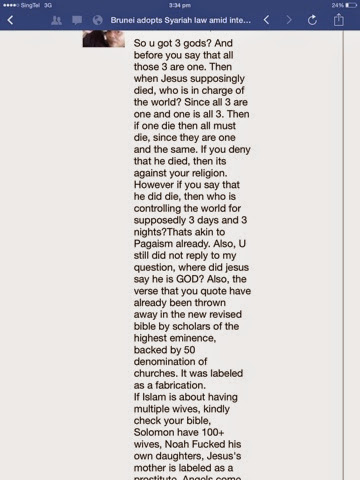 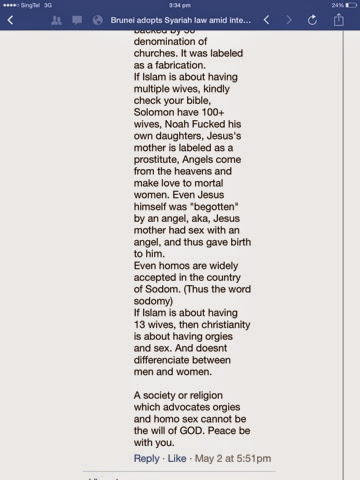 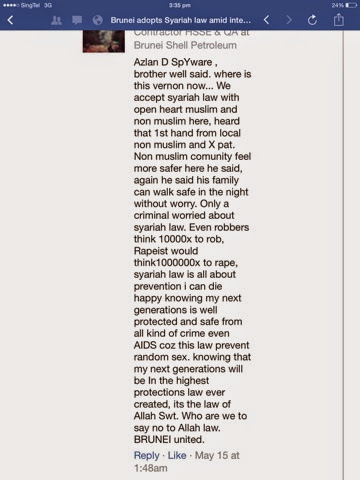 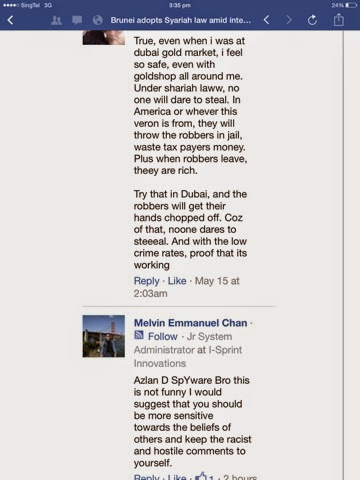 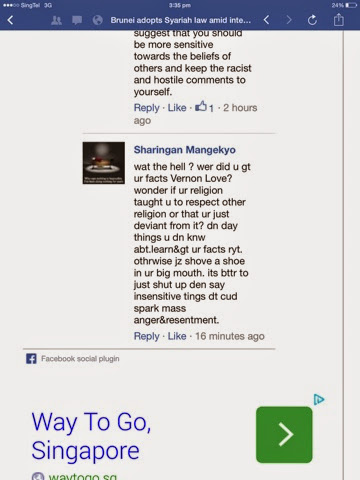 As above, I have stated my claims as above. But looking back, I do admit that feelings may be hurt, due to the misunderstanding and gutter journalism by TRS. And for that, do accept my humblest apologies. But nonetheless, I do have my rights to defend and explain myself, and hence this blog. I do thank those who have stood by me, friends, families and love ones of all races and religion. You have my greatest gratitute
Best Regards,
Azlan D spYware
Share