A police report has been filed against a Facebook user “Azlan D SpYware” for making several supposedly seditious comments on his Facebook page.

According to the police report circulating on the internet, Azlan had posted on his Facebook page, a photo of a Chinese Funeral at a HDB void deck accompanied by the caption “Making so much noise late at night. Should i make a police report too? If malays do wedding under the block is called $50 dollar wedding. Then can i say that this is $50 funeral?”

Commenting on the report, the complainant said that “as a Chinese, I am deeply offended by his lack of respect toward the Chinese funeral… (and) as a Christian I am furious that he is making such baseless statements.”

He also wrote in his police report that Azlan’s post “only serves to promote ill feelings and hostility”.

Surprisingly, Today Online had allowed the clearly offending comment to be posted and appears to be lacking in effort to moderate its readers’ submission. Are they also short handed? 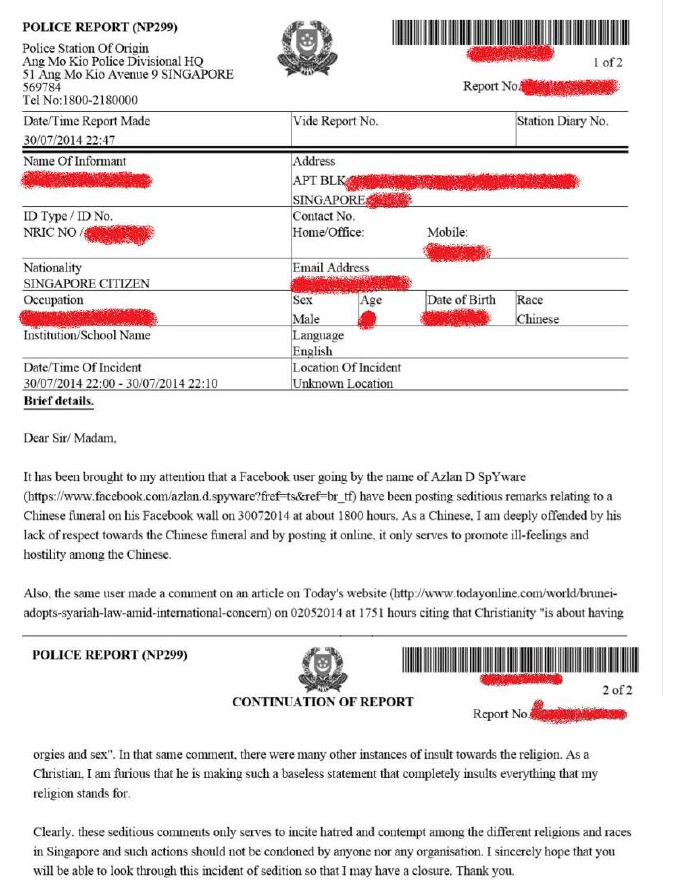