The Ukraine Security Service (SBU) has uncovered evidence that one of the Russian “BUK-M1” surface-to-air missile systems fired the missile from a location near the town of Snizhne in the Donetsk region.

Head of Ukraine’s SBU Counterintelligence Department Vitaliy Nayda revealed photo evidence of two “BUK-M1” missile systems crossing the border from Ukraine into Russia at 2am (Ukrainian time) on Friday (July 18), after the plane was shot down.

“One of them had a full set of four missiles, the other – three missiles.

“Phone conversations between terrorists, intercepted by Ukraine’s Security Service, confirm that at least one “BUK-M1” system had previously arrived into Ukraine from Russia, with a crew of three Russian military personnel,” he said at a press briefing at the Ukraine Crisis Media Centre on Saturday.

During the briefing, Nayda showed a photo of the BUK-M1 missile system on the streets of Torez, the site where the plane crashed. “

SBU has evidence that a missile was launched at 16:20 (Ukrainian time) on July 17, from an area near Torez, not far from Snizhne, and that was the missile that shot down the passenger plane,” he said.

Ukrainian investigators are trying to get access to the missile’s launch point as well as to the plane’s crash site but the separatists are preventing them from entering the area.

“Russia is trying to cover its tracks and claim that another party is responsible for the act of terrorism,” said Nayda.

He reiterated that the Ukrainian investigators are sharing all evidence to all the international agencies conducting independent investigations.

Flight MH17, carrying 298 passengers and crew, was flying from Amsterdam to Kuala Lumpur when it went down in Ukraine.

Ukrainian authorities believe that plane was shot down by pro-Russian separatists. 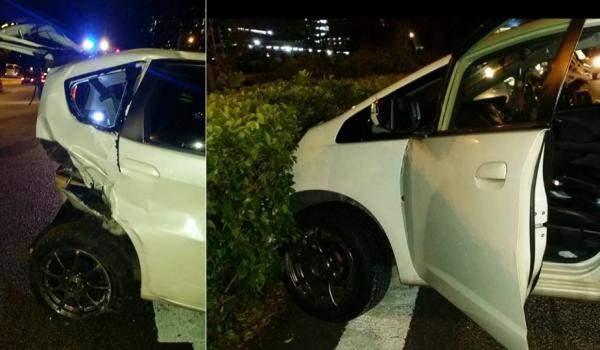 APPEAL FOR WITNESS TO CAR ACCIDENT ON PIE TOWARDS TUAS