Gay Couple’s Lawyer: 377A Enacted When Social Norms Were Different

A law forbidding any man from committing an act of gross indecency with another in private or in public, enacted in 1938, was meant to deal with the problem of male prostitution at the time.

It was not meant to criminalise consensual sexual conduct between two men, argued Senior Counsel Deborah Barker on the second day of a joint appeal by three men for the court to declare void Section 377A of the Penal Code, which criminalises sexual acts between men.

Ms Barker, who represents Mr Lim Meng Suang, 46, and Mr Kenneth Chee Mun-Leon, 37, a couple of 17 years, pointed to a report in 1937 by Rene Onraet, then the Inspector-General of Police for the Straits Settlement, who wrote that male prostitution was widespread. The report was a prelude to making such acts between men an offence so male prostitution could be policed, Ms Barker said, pointing to historical correspondence of the Colonial Government in 1938 provided by the court.

As for the concern that minors needed to be protected, Ms Barker said there were now specific provisions in the law protecting this group.

Section 377A, she argued, was outdated as it had been enacted when social norms were vastly different. The court, she urged, should carry out its constitutional role as the guardian of the Constitution and the fundamental rights guaranteed therein.

However, Court of Appeal Judge Andrew Phang said the court was not a legislature. The decision to void the statute was up to the Parliament, which also, unlike the court, has the right to decide social policy, he said.

Mr Lim and Mr Chee, together with Mr Tan Eng Hong, are appealing against the dismissal of their previous challenge to declare Section 377A unconstitutional.

They are contending that the law violates Articles 9 and 12 of the Constitution, which protect life and personal liberty and against unlawful discrimination, respectively.

Lawyer M Ravi, who is representing Mr Tan, argued that he was not asking the court to decide on questions of social policy but to deal with the issue of whether Section 377A unlawfully discriminates against a segment of society.

“To characterise the potential violation of a fundamental right against a not insignificant segment of society as a matter of social policy that is up to the legislature is to completely disregard the function of this court,” he said.

Responding, Senior Counsel Aedit Abdullah, acting for the Attorney-General, said that while the law in 1938 might have been enacted to tackle male prostitution at the time, the historical documents presented do not allow the court to “conclude definitively” that it was to serve that purpose.

He also said the Attorney-General’s Chambers (AGC) does not take a stand on whether homosexual acts are “abhorrent”. “The submissions made by the AGC was about what the legislature’s purpose was in enacting Section 377A.”

Judgment has been reserved.

An Open Letter About NPee Students: Golden Shower is a fetish. Google it. 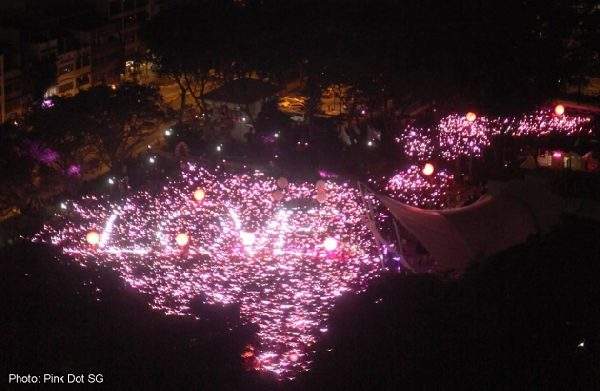 GAY S’POREAN: I THINK OUR GOVT IS A CLOSET GAY SUPPORTER