The fallout from the recent Pink Dot event continued as civil activist Vincent Wijeysingha has publicly rejected a request from the Catholic Church to file an official report on an alleged molest attempt by a Catholic priest.

In a Facebook note published on 23 June, the 44-year-old former politician revealed that when he was 15, he came into “unfortunate contact with a priest who would engage me in play wrestling and attempt to touch my crotch in the process”. The Church has responded by asking Mr. Wijeysingha to either file a police report or a complaint with an internal church body which can investigate the case.

Mr. Wijeysingha has rejected the request saying “I have no confidence in church agencies.”

I have to say I am very disappointed by Mr. Wijeysingha stance on this. He was the one who brought up the issue, alleging the abuse, but now that the Church responded, he is running away from the issue. Now for those of you accepting his excuse of having no confidence in church agencies, then how about making a police report! If you read the response from the Church, they gave Mr. Wijeysingha two choices; work with them or go to the police. He chose neither.

To say this was a bad decision is an understatement. This is a very serious allegation, and since he was the one who brought it up, Mr. Wijeysingha must file a police report. Failing to do so would destroy not just his reputation but that of the Pink Dot movement as well.

Like it or not, they are joined together now on this issue. So Mr. Wijeysingha must file a police report; if not for himself, then so it for the Pink Dot movement. I’M A TRANSGENDER IN SINGAPORE, AND I DON’T SUPPORT PINK DOT

PPL AGAINST PINKDOT ARE NOT OLD-FASHIONED, LGBTS ARE THE INTOLERANT ONES! 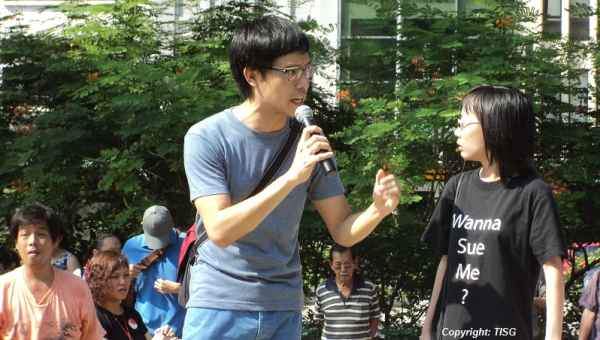