The cultural divide between foreign workers and local service providers and law enforcement should be bridged in order to avoid the kind of friction that contributed to the riot in Little India last Dec 8, said academics.

Trust should be developed among workers that most officers’ genuine intention is to mete out justice and, on the other hand, those who interact with migrant workers must be trained to be sensitive to cultural differences and to treat workers with respect.

The academics were responding to the Committee of Inquiry’s findings, submitted on Monday, that the crowd’s misreading of a bus accident as well as specific cultural attitudes towards street justice for perceived neglect or wrongdoing contributed to the escalation of violence that night.

Dr Smita Singh, a social psychology lecturer at James Cook University in Singapore, who has done research in social and cultural indicators surfacing in mass media, said such a sub-culture of heroism against authority is “quite prevalent in southern India especially”. She suggested that foreign workers be made more aware of the roles of law enforcement here, and that they should develop trust in the officers’ ability to do their jobs. That would go towards dissuading them from trying to take the law into their own hands, she added.

Dr Singh, who also focuses her research on group behaviour psychology, said more could be done as well to better manage crowds where they congregate, such as Little India, to ensure that any displays of violent or criminal behaviour could be better controlled.

“The size of the group that night likely sparked a mob mentality, and one way to address that would be to make sure there aren’t that many people in any one area by providing different options for gathering and transportation,” she said.

This echoed a recommendation made by the COI that more services and amenities be made available to foreign workers to reduce crowding in a few areas.

The committee also recommended basic training for service providers and law enforcement officers in cultural sensitivity, including some basic language skills and an appreciation for the role played by foreign workers.

Agreeing, Professor Robin Jeffrey, a research professor at the Institute of South Asian Studies here, said a cultural divide was inevitable but not insurmountable.

“There are obvious divisions: ethnicity, language, class,” he said. “If a lowly paid worker on his one day off feels that he is being pushed around by a well-paid policeman who looks different and doesn’t speak the worker’s language, then one has a mixture that leads to resentment and possibly worse.”

Prof Jeffrey agreed with the recommendations and added a novel suggestion of his own to boost interaction between both sides – have a police-workers’ football match one Sunday afternoon. 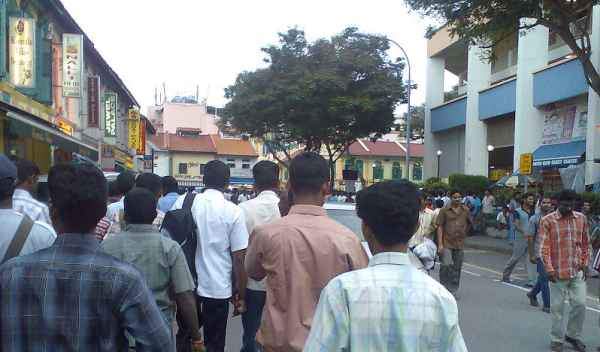 INDIAN FT: SG RACE POLICY ALLOWS US TO REMAIN “INDIAN” INSTEAD OF FORCING US TO INTEGRATE 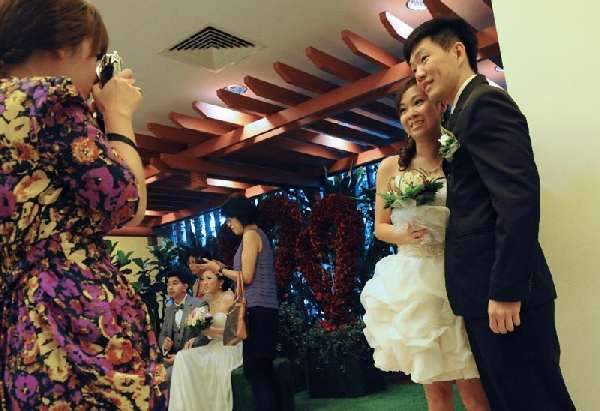 A S’POREAN LIFE: MAKING MORE & MORE MONEY BUT WITH NO PURPOSE