Should E-Cigarettes be banned in Singapore?

In Singapore, electronic cigarettes (e-cigarettes) are currently prohibited under Section 16 (1) of the Tobacco (Control of Advertisements and Sale) Act, which is enforced by the Health Sciences Authority (HSA). This legislation prohibits the importation, distribution, sale or offer for sale of any confectionery or other food product or any toy or other article that is designed to resemble a tobacco product or the packaging of which is designed to resemble the packaging commonly associated with tobacco products. HSA takes a serious view on any person who contravenes the law. Those guilty of the offence are liable to a fine of up to $5, 000 upon conviction.

Some information from HPB on E-Cigarettes:

The electronic cigarette, or e-cigarette, is touted as the healthier alternative to cigarettes by its manufacturers. However, WHO has never officially endorsed e-cigarettes!

Some marketers of e-cigarettes have claimed that their product is an effective nicotine replacement therapy and a smoking cessation aid endorsed by the World Health Organizations (WHO).However, WHO had issued a press statement in September 2008 stating that it does not support e-cigarettes as a legitimate therapy to help smokers quit as there is a lack of conclusive scientific evidence to substantiate the efficacy, safety and quality of e-cigarettes. WHO also called on marketers of e-cigarettes to immediately stop the unproved claims on e-cigarettes.

Electronic cigarettes have so far been proven to be neither safe nor effective in helping smokers quit. More research still needs to be done to establish the usefulness of e-cigarettes to help people quit smoking.

Although e-cigarettes do not contain some of the harmful substances found in normal cigarettes, this does not mean that they are entirely harmless. The nicotine present still poses a health risk to users.

Users may still develop a dependence or addiction to nicotine by inhaling the fine nicotine mist produced by e-cigarettes.

On the other hand, many Singaporeans believe that they are banned as the Government cannot profit much from taxing them (due to long lasting refills). While the Government earns close to $770 Million from taxes on conventional cigarettes.

Netizen: Geylang Is A Hotbed Of South Asian Errant Smokers! 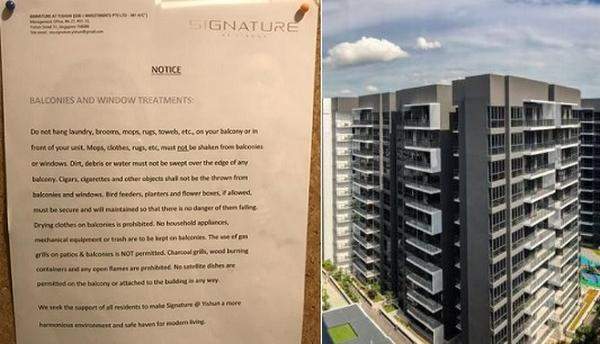 HELP, YISHUN CONDO MANAGEMENT HAS TOO MANY RULES FOR US!