1967: THE YEAR SINGAPOREAN MEN FEARED FOR THEIR PENISES

Psychiatrist Scott Mendelson is the author of the book, The Great Singapore Penis Panic And The Future Of American Mass Hysteria.

They tied strings or attached clamps to their penises because they were convinced that their private parts were going to shrink and cause them to die.

Bizarre? It happened to hundreds of men in Singapore in 1967.

US psychiatrist Scott Mendelson talks about the Koro epidemic in his book, The Great Singapore Penis Panic And The Future Of American Mass Hysteria.

The book, published last year, has been shortlisted for the Diagram Prize for Oddest Book Title of the Year.

A Singapore Medical Journal article, written by 10 local doctors in 1969, said Koro is “a disease characterised by the sudden delusion of penis retracting, accompanied by intense panic”.

Koro first gained public attention on Oct 29, 1967, after a newspaper report that some people developed Koro from eating pork from pigs inoculated with anti-swine-fever vaccine.

Rumours spread that eating such pork would cause the disease – and death.

At the height of the outbreak, 97 men with Koro went to the emergency unit of the Singapore General Hospital in one day.

The article said the spike in the number of cases, the rapidity of “spread” and the concentration of cases pointed to an “epidemic” in the real sense.

In November 1967, public announcements were made by the Singapore Medical Association and the Health Ministry, stating that Koro was a result of fear and not a physical disease with fatalities.

Within a month, there were no more cases of Koro.

Mr Lim Ho Seng, 69, a former CEO of NTUC FairPrice, remembers the newspaper reports but said he was not worried as he did not observe any “shrinkage”.

“None of my friends suffered either. We were wary about eating pork, but it passed quickly,” he said.

A retiree, Mr Lee, 64, remembers being told by his mother not to eat pork during the outbreak. In total, the doctors examined 454 men.

Almost all of them were Chinese (98 per cent).

Some men came with wooden clamps or red string around their penises, thinking it would prevent shrinkage, but it only damaged their private parts instead.

Dr Mendelson told The New Paper in an e-mail interview that he decided to write the book after reading a paper that mentioned the 1967 outbreak.

He said: “I was intrigued. How could such a strange, crazy thing have happened in a country of intelligent, hard-working people that only a few decades later would become one of the world’s greatest social and economic success stories?”

He researched Koro and Singapore’s social and cultural landscape, reading books and digital copies of Singapore newspaper articles from the 60s, including reports of the epidemic.

He stayed in Singapore for a week in 2010 to pore over the National Archives records and to meet doctors who knew about the epidemic.

Dr Mendelson thinks one factor is the Chinese cultural belief that the penis could shrink under certain conditions of ill health.

He said that in some rare cases, emotions could trigger reactions such as incontinence, body tremors and contraction of the scrotum. Extreme fever and dehydration could also cause the penis to shrink, but this is uncommon.

He stressed that penile retraction is a symptom of underlying causes and is not a cause of death in itself.

Dr Mendelson also thinks that the post-Independence political upheavals and racial conflicts had a part to play in the Koro epidemic.

Researching and writing the book took about 10 month, writing in the early morning and on weekends. The challenge for him was to write an interesting and revealing story without appearing to ridicule the victims of the epidemic.

He avoided this by showing that it was fundamental aspects of human nature common to all races and cultures that led people to fall victim to the epidemic.

He said: “Given the right conditions, we are all subject to mass hysteria.”

This article was first published in The New Paper. 1967: EVERY SINGAPORE MAN FEAR THEIR PENIS WOULD DISAPPEAR 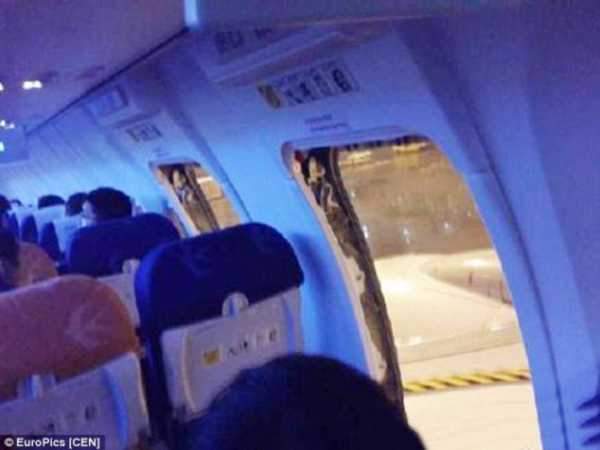 PRC PASSENGER FORCED OPEN EMERGENCY EXIT ON PLANE BECAUSE HE THINKS “DOOR IS NOT IMPORTANT”!