5 TYPES OF GONGTAU OR BLACK MAGIC IN SOUTH EAST ASIA

GONG TAU (降头 In Hokkien/Teochew/Cantonese) or JIANG TOU((降头In Mandarin) is a kind of witchcraft prevalent in South East Asia.

Whenever someone got attacked by Black Magic, the Chinese Folks in South East Asia will refer it as “TIO GONG TAU” (中降头）.

GONG TAU evolves from the fusion of Poison Magic Skills (GU-SHU) of Yunnan China and the Witchcraft / Black Magic of South East Asia ,which originated in India.

Most Witchcraft or Black Magic of different Cultures look almost the same. They are just called by different names and different rituals are performed due to their unique religious influence and believes.

GONG TAU is often executed for the purpose of revenge ， relationship matters and money issues.

The rituals of summoning Ghosts/Spirits/Demons by the Taoist Sorcerers whereby the typical style of using Paper Talismans to command ghosts/spirits/demons for the purpose of possessing, harming or disturbing the subjects are also popularly known as GONG TAU by the Chinese living in South East Asia, not just the Black Magic found in South East Asia.

Chinese Gong Tau Master
In Taoist Black Magic, usually Paper Talismans alone with rituals are enough to summon ghosts / spirits and demons to hex the victims. However, to add personal power and also self-protection , the Chinese who migrate to other parts of South East Asia , such as Thailand, Malaysia and Indonesia combine their own Taoist Black Magic Skills with whatever witchcraft is practiced in the area that they chose to settle down. This kind of combination of Taoist Magic and Witchcraft of S.E.A can be found in MAO SHAN SECT Practitioners, who settled down in South East Asia. The group of Chinese Folks of Mao-Shan-Sect (茅山派) that settled in Thailand is known as SIAM MAO SECT （暹茅派）.

Taoist Sorcerers need to also understand, study and research on the witchcraft practiced in the country that they had chosen to settled down, in order to create new Talismans and rituals to handle and counterstrike the Black Magic of the area.

GONG TAU can be Spiritual Related or Non-Spiritual related..

1) Non-Spiritual Gong Tau means to have a direct consumption of the Evil Magic Concoction(GU DU) by the Victim. It is mixed in the food or in the drink for the victim to consume. The victim will be controlled or torture by the Black Magic Practitioner later at a far distance. In some cases, it is to let the Victim has a slow death. Modern Medicine has no cure on Black Magic Poison. The only solution or antidote can only be requested from the Black Magic Master who cast the spell or from a Taoist Master well trained in Sorcery.

2) Spiritual Gong Tau means to cast the Gong Tau from a far distance, by ritual and spells. In order to do so, the Gong Tau Master need to have high level of spiritual power to execute it. The birth data , personal belongings or hair and finger nails are needed. The location of the targeted person has to be known too.

Listed below are the popular Gong Tau most people come across:

GONG TAU OIL （降头油）  – Corpse Oil
Gong Tau Oil is collected by using the fire of a candle and burn on the skin of the chin of a dead woman. The oil collected is known as Gong Tau Oil. It is mainly used to make someone fall in love or lust. Women usually use Gong Tau Oil for relationship matter and Men usually used it to make girls/women want to have sex with him.

Flying Head Gong Tau (飞头降)
The Black Magician detached it’s head at night and capable of flying about on its own. The head will glide in the sky searching for human blood.

Menstrual Blood Gong Tau (经血降)
Menstrual Blood of a Girl/Woman is added to the food and consumed by the intended Victim. The intention of Menstrual Blood Magic is often to tie or bind a lover or sexual attraction. It is also often used by Maids from South East Asia to make the employers nicer or even listen to them.

There are few choices of destroying the Gong Tau attacked on the individual.
The victim will seek the help from a Monk (Buddhist Faith), Bomoh ( Malay or Indonesian ) or Taoist Master. Sometime there will be a spiritual battle fought between the Gong Tau Master with the one engaged to destroy the Gong Tau. Often the best option is just to wipe out the Gong Tau on the victim without fighting a spiritual battle, if not, the chance of the Master being engaged might lose the battle and get killed. The spiritual battle is truly fighting spiritually with spells and rituals, without body combat.

ALWAYS TAKE PRECAUTION:
Most Western Folks and also many English Educated Chinese and also Singaporeans are too Modernized and immediately condemn GONG TAU – Black Magic as Bull-Shit. Always keep a Taoist Talisman close to You or get a Thai Buddhist Amulet ( also call as Takrut / Tangkar) whenever You are going to any Countries of South East Asia.

By condemning Black Magic as Fake just because it hasn’t happen on You yet means You are self-proclaiming that You are a I-Know-Everything-In-This-World Idiot. When Gong Tau strikes onto You, no masters may want to help You and because of Your personal pride , You know You need help but no way will You want to approach a Taoist Master or Bomoh to get rid of the Black Magic. It will be too late. So… always be prepared and take precaution. 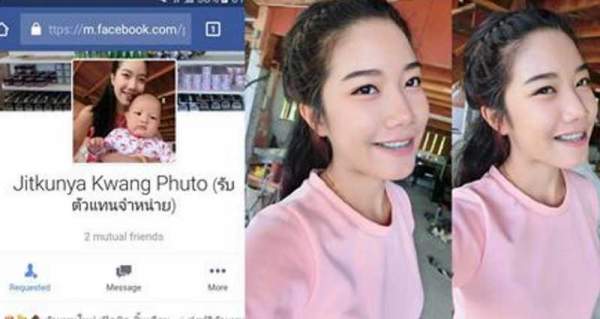 S’PORE MAN GETS CURSED BY BLACK MAGIC, INSISTS ON LEAVING HIS WIFE FOR THAI GIRL