Whenever Singaporeans talk about the Singapore Armed Forces (SAF), the focus on our military leader's lack of real combat experience never fail to arise. Moreover, with the mediocrity of our paper generals on display for all to see, there is little wonder why Singaporeans doubt their capabilities. Looking at Lui Tuck Yew and Desmond Kuek's dismal performance in their current vocations, The Unseen Singaporeshudders at the thought of them commanding our troops in times of war. 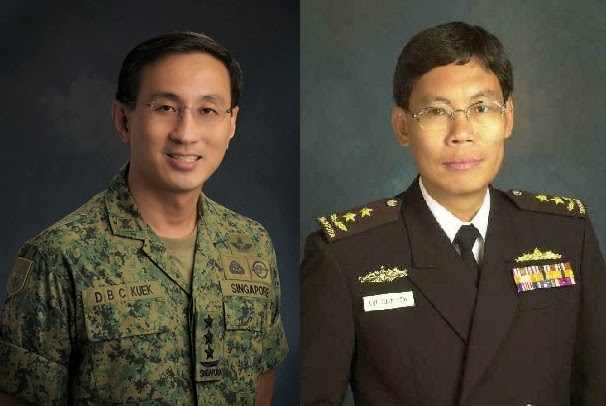 However, do not despair Singapore. You may not be aware but walking among our midst are combat veterans from the 1965 Konfrontasi period. Singaporean men from 1SIR and 2SIR who fought valiantly against the Indonesian commandos inserted to wreck havoc on the Malaysian Peninsula. Perhaps, their combat experience would prove invaluable in any future conflicts Singapore were to face? Hence, strictly speaking, the SAF do have some combat experience, just not in recent years. 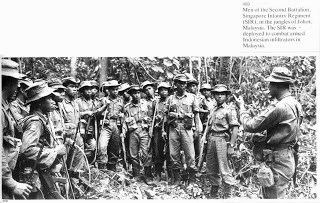 Based on historical reports, 1SIR was deployed to Pulau Sebatik in Sabah. Being an island which lies in the middle of the border of Malaysia and Indonesia, this was one of the few place during the conflict where fierce firefights and artillery fire occurred. Throughout its deployment to Pulau Sebatik, 1SIR did not suffered any casualties. Pulau Sebatik was also where Singapore's first Chief of Defence Force Winston Choo saw action as a Second Lieutenant in 1SIR serving as 11th platoon commander of ‘C’ (Charlie) Company. 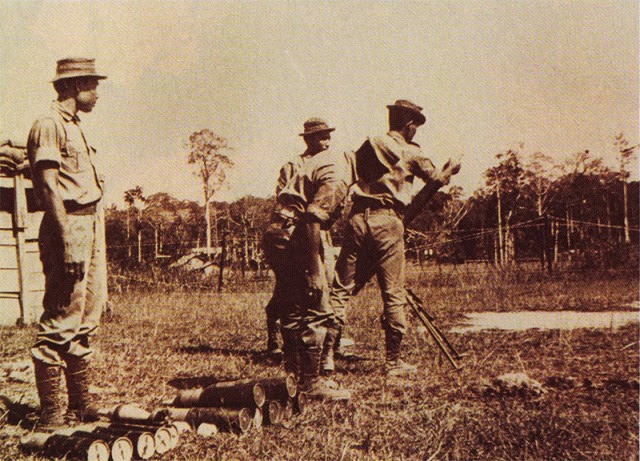 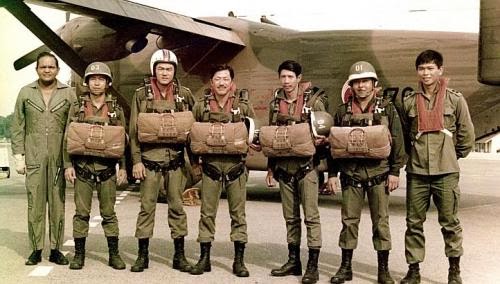 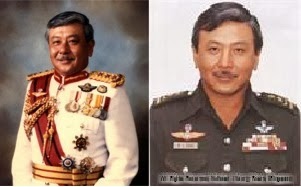 Unfortunately for 2SIR which was rushed from Singapore in response to the Indonesian incursion into Kota Tinggi, 8 men were killed in the conflict. A platoon from 2 SIR was sent inside the jungles of Kota Tinggi to look for the 98 strong intruder, now in hiding after they were scattered by tropical storms on the day of their landing.Unknown to 2SIR, the Indonesians were tailing one of the 2SIR sections. Not finding the Indonesians for a week, that section grew tired and went for a bath at one of the nearby streams. Everybody left their weapons at the riverbank with no personnel on sentry-duty. The Indonesians pounded on the unsuspecting soldiers but for one injured personnel who managed to sneak away and ran for his life into Kota Tinggi Town.The bodies of the fallen soldiers were recovered in a terrible condition not just due to the decomposition, but from the mutilations done by the Indonesian troops. They were reported to have been found with their genitals cut off and stuffed into the mouths of the corpses. This disastrous loss of life may also be the reason why it is drilled into the heads of every Singaporean son that their rifles are their wives and must be with them at all times. 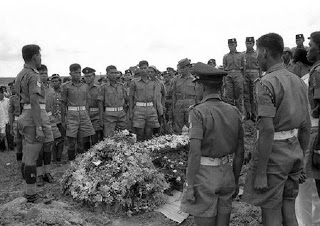 After the massacre, reinforcements were rushed up from Singapore. On that mission were young soliders like James Teo (5SIR CO 1971), Jimmy Yap (CO Officer Cadet School), Mahinder Singh (Dy Director SAFTI) and Dalgit Singh (CO 3SIR). This time, the Indonesians scattered in different directions and few Indonesians were caught alive. Dalgit Singh was credited for single-handedly killing 6 or 7 Indonesians during that mission. 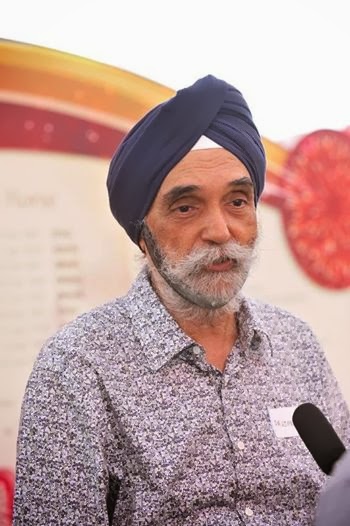 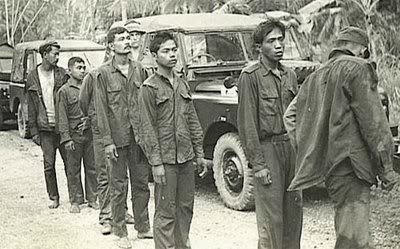 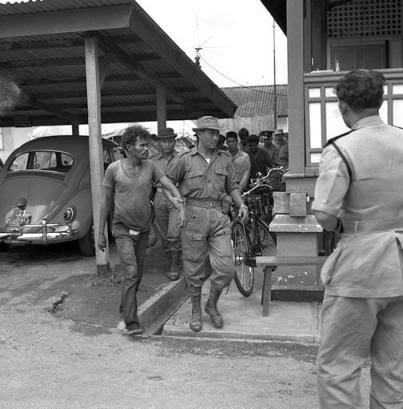 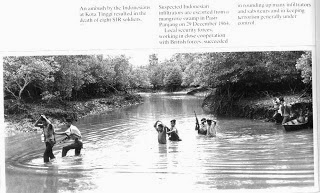 With the contributions of these unsung combat veterans in mind, shouldn't the government confer them as Singapore's national heroes? Just as the Indonesians wish to name their naval frigates after their fallen saboteurs, Singapore should follow suit and name our military hardware after these brave men who took out the Indonesians infiltrators during Konfrontasi. Don't you agree Singapore? 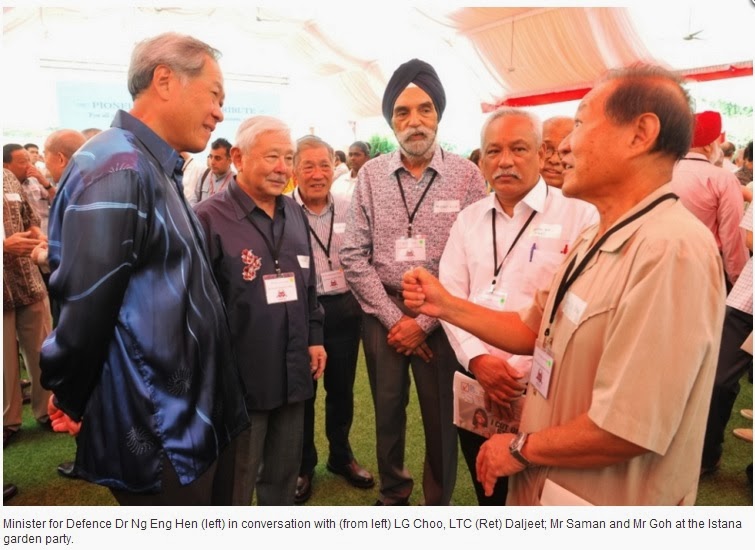