The two suspects arrested in connection with the Syed Alwi murder case were reportedly friends of the victim, and all three of them checked into a lodge in Rowell Road last month.

According to a report in MyPaper, the three impoverished Pakistani men had survived by selling tissue paper.

On Wednesday (June 11), the body of the eldest of them was found stuffed in a suitcase along Syed Alwi Road with his legs severed.

Police have since recovered both limbs at a Muslim cemetery in the vicinity of Jalan Kubor.

The suspects, Rashid, 43, and Rizwan, 25, were arrested in Rowell Road, at about 3pm yesterday.

The owner of the lodge, who did not want to be named, told My Paper yesterday that Rashid and the victim, Mohamed Noor, 59, had stayed in the same room since arriving in the middle of last month.

Rizwan had arrived later in the month and stayed separately.

The three men would usually leave the lodge in the morning, and return in the evening to pay their rent – $18 per person per night. The three men were to leave Singapore this month.

The last time the owner saw the suspects was on Wednesday, around 6pm, when the bloody luggage was found.

“They did everything as per normal. That’s something hard to digest,” the owner said.

Police were on their trail quickly. At about 11am yesterday, the officers showed up at 24-hour shopping centre Mustafa Centre.

The specific question that was asked of Raja, who works in the hardware department, was: “Did anyone buy a saw worth $119?”

And the 55-year-old recalled that someone had. Mr Raja was then taken to a security room where he identified the man on surveillance-camera footage. I AM INDIAN-PAKISTANI BY BIRTH, MALAY BY LANGUAGE, CAN S’PORE STOP BOXING ME IN? 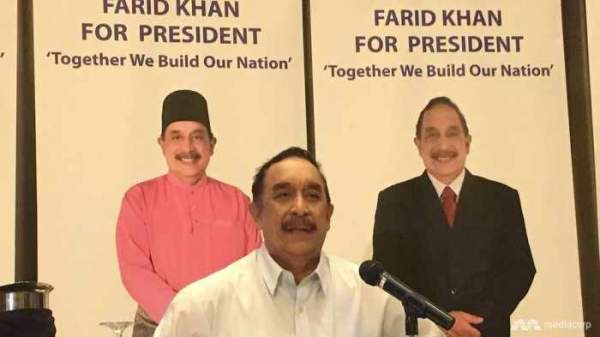